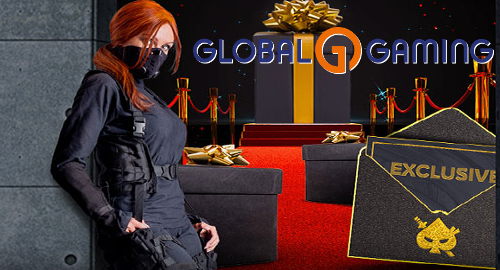 Online gambling operator Global Gaming says it’s close to realizing its goal of breaking even in the first half of 2020 while denying allegations that its Ninja Casino brand continues to operate in Sweden.

Figures released Tuesday by the Stockholm-listed Global Gaming show the company’s revenue over the first three months of 2020 fell by nearly two-thirds to SEK57.8m (US$5.9m) but operating losses narrowed dramatically from SEK43.3m in Q1 2019 to just SEK400k in the most recent quarter.

Global Gaming had been on a downward spiral ever since Sweden’s regulated online gambling market launched in January 2019, a situation that ramped up dramatically last June when the country’s Spelinspektionen regulatory body revoked the license of Global Gaming’s flagship Ninja Casino brand due to social responsibility and anti-money laundering failings.

Global Gaming initially tried to revive Ninja Casino’s Swedish operations through a partnership with Swedish licensee Viral Interactive but Spelinspektionen pulled the plug on that “highly inappropriate” arrangement in February.

Global Gaming CEO Tobias Fagerlund said Tuesday that he wanted to make it “crystal clear” that recent “speculations” regarding Ninja Casino’s continued dealings with Swedish customers were erroneous. Fagerlund said Ninja Casino hadn’t accepted Swedish customers since its license revocation and “we will not be active in Sweden before the courts have given us our license back.”

Fagerlund’s optimism flies in the face of the repeated refusals of Swedish courts to reconsider Ninja Casino’s license revocation but the company continues to appeal the matter up the legal food chain and Fagerlund insisted “we will have a verdict in due time.”

In the meantime, Fagerlund promoted the recent soft-launch of the company’s new Boost Casino brand and predicted that both Boost and Ninja Casino will make their debuts in “at least three new geographical markets” before year’s end.

Global Gaming also continues to restructure its operations to meet its fiscal challenges. This will apparently include replacing its Malta-based subsidiary’s CEO “with immediate effect.” Global Gaming is also postponing the launch of its sports betting unit “until later in the autumn,” a delay that recently cost the company its deal with betting tech provider Kambi.

Global Gaming has decided to put its money where its mouth is regarding its positive future outlook, announcing that it will propose issuing a dividend of SEK0.40 per share at its upcoming annual general meeting. Investors weren’t entirely impressed, as the stock was down 1.5% by the close of Tuesday’s trading.