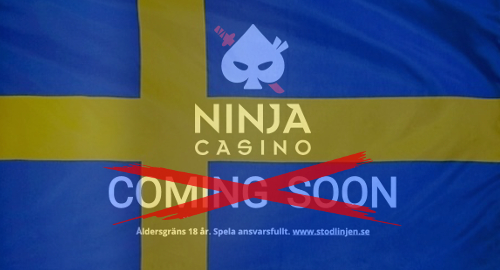 Online gambling operator Global Gaming has once again been denied the right to resume its Swedish-facing online casino after its license was revoked this summer.

On Tuesday, Global Gaming announced that Sweden’s Supreme Administrative Court had rejected its appeal of SafeEnt’s license revocation, without offering any details on the reasoning behind the Court’s decision.

Global Gaming CEO Tobias Fagerlund said the company was “disappointed” but was “now examining the decision in detail and I assume that we will appeal this decision to the Administrative Court of Appeal.”

Like many other Swedish-licensed operators, Global Gaming had been struggling to adapt to the country’s new regulated online gambling market. But the loss of its primary Swedish-facing brand compelled the company to cut its payroll in half, transfer the NinjaCasino.se domain to Viral Interactive Ltd and launch a new Swedish-facing online casino brand (NanoCasino) via Viral subsidiary Finnplay’s local license.

Ninja Casino is currently the subject of a different Swedish court action involving the company’s promotional efforts. Sweden’s Consumer Ombudsman has accused the site of failing to abide by the country’s requirement for gambling licensees to exercise ‘moderation’ in their advertising activity. The proceeding is viewed as a test case for establishing some firm parameters for the ill-defined ‘moderate’ definition.