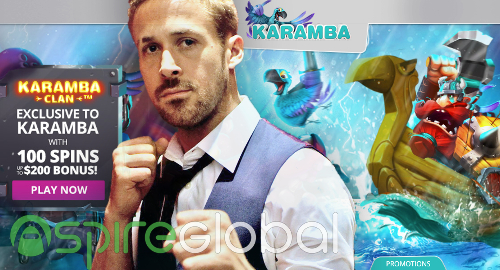 On Tuesday, Sweden’s Consumer Ombudsman (KO) announced its intention to file suit against AG Communications, a subsidiary of Aspire Global, for what the KO claimed were violations of the Gaming Act and Marketing Act via the company’s Karamba.com online casino brand.

Specifically, the KO found fault with Karamba’s bonus offers to Swedish punters, which the KO claimed were subject to onerous rollover requirements (35x in 21 days) and a 24-hour window in which to utilize the promised 100 free spins. The KO also complained that customers could only learn of these requirements by digging through the promotion’s terms & conditions rather than them being cited in the promotion itself.

The KO further took issue with the offer’s lack of text advising customers that the product was off-limits for anyone under 18 years of age, and a similar lack of information regarding problem gambling and related support services.

KO’s official statement quoted process counsel Pär Magnusson saying the Karamba brand’s marketing pitch “entices consumers to play with the help of lures that you will in reality never get to know without playing for huge amounts. This risks affecting everyone who has difficulty controlling their gambling.”

In response, Aspire Global issued a statement in which CEO Tsachi Maimon disputed that its bonus offers contravene “the requirements of moderate marketing” in Sweden’s Gaming Act. Maimon added that the company was “critical to having been chosen as the subject to KO’s enforcement in this manner” and said the company would “object to KO’s interpretation of the law” should any lawsuit be forthcoming.

Since the January launch of Sweden’s regulated market, there has been much confusion among online licensees regarding the Gaming Act’s requirement for ‘moderation’ in advertising (and the local regulator’s selective enforcement of this rule). Swedish officials have publicly mulled imposing a total gambling advertising ban similar to the one that has so disrupted Italy’s regulated market.

Aspire Global’s Tuesday statement noted that “the main purpose of KO’s action is to bring about case law in form of precedence from the Patent- and market court, in order to get a definition of how the requirement for moderate marketing should be interpreted.”