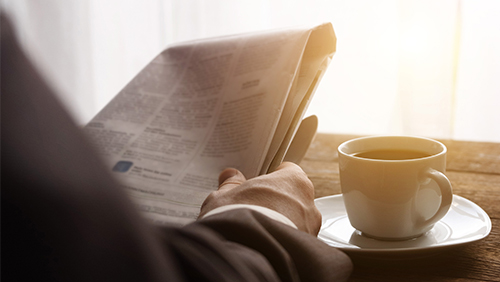 Don’t miss out on all of the latest announcements from the gambling industry, our Press Release section is updated constantly.

Spinola Gaming, one of the leading authorities in lottery software announces the world’s first eSports-based and customizable lotteries. These products have gained interest in the LatAm and Asian markets, with LatAm eSports operators and suppliers already in discussion on integrating our new and updated eSports lottery platform for these regions. These eSports lottery products are built around integrating global lotteries, custom eSports based lottery products, digitised scratch cards, along with instant spin and win games, designed around eSports events and tournaments in perspective.

Affle (India) Ltoday announced the global launch of the Appnext Out of Box Experience (OOBE) platform powered by the acquisition of Business Assets of DiscoverTech Limited.

OOBE introduces a major consumer touchpoint in the mobile device lifecycle – dynamic app discovery at initial boot or reset of a device (pre-installed apps/wizards) through its integrations with OEMs and MNOs, enabling them to successfully navigate the first experience with their users. Appnext OOBE is designed with a set of capabilities for advertisers to deeply engage with users, placing their apps in front of new as well as existing highly-intent users at a massive scale as they personalize their devices for the first time.

Spearhead Studios is pleased to announce the first partnership of 2021. Colombia-facing operator Rivalo has agreed to make available to its players Spearhead Studios’ games, including the top hits of 2020 and future titles such as Video Bingo.

Spearhead Studios’ titles have been made available to Rivalo and their Colombian audience via EveryMatrix’s CasinoEngine, the iGaming Integration Platform, which is already powering the operator’s casino offering on the market. The partnership aims to provide fresh content and more entertainment options to Rivalo’s loyal fanbase.

Since launching one year ago, Spearhead Studios released no less than 21 new engaging titles, bringing the studios’ portfolio to a total of 28 games certified in 11 jurisdictions, including in Colombia, Romania, Belarus, Germany, among others. After finalising its Colombia certification process in June 2020, the provider is seeking to expand its footprint in the LATAM region in 2021.

Supplierteams up with Mozzartbet to take latest Balkan market by storm

Innovative game development studio Evoplay Entertainment has announced it will be launching its catalogue in the key market of Croatia for the first time.

Under the terms of the deal, 20 of the studio’s high-performing video slots will initially go live in the territory with operator Mozzartbet, with 10 additional instant game titles to be rolled out over February.

The latest in a string of market debuts in partnership with the region’s leading casino and sportsbook, Evoplay Entertainment’s latest Balkan expansion is testament to the hugely popular feedback received for its games across Eastern Europe.

BetGames.TV, the leading live dealer betting games supplier, has agreed a content deal with Dominican Republic-based operator, Superbets. The deal, which is expected to go live in Q1 this year, will see BetGames.TV’s entire product library activated across the betting platform provider’s online and retail operations, including Bet on Poker, War of Bets and Wheel of Fortune.

The partnership will not only result in BetGames.TV’s portfolio being operational in the Dominican Republic, where Superbets holds a leading position in the market, but across other territories within Latin America where the omni-channel operator has plans to expand into.

SIS (Sports Information Services), the leading multi-channel supplier of 24/7 live betting services, has agreed a two-year deal to distribute live pictures and data for the full Saudi Arabian racing schedule, including the principal event of the season The Saudi Cup.

The full Saudi Arabian racing schedule for the next two years will be made available to SIS’s customers worldwide via the company’s retail and online services, including its 24/7 Live Betting Channels – an end-to-end solution which provides operators with profitable short-form content throughout the day with a betting event every three minutes.

As part of the agreement, SIS will broadcast The Saudi Cup on February 20 – the world’s most valuable horse race thanks to its $20 million prize fund and the $10 million cheque handed out to the winner. The Saudi Cup is the highlight of the prestigious two-day meeting at the King Abdulaziz Racecourse, Riyadh, Saudi Arabia across February 19-20.

Titles such as DWG classic, Tiger Palace, and non-spinning LuckyTap game, Test Your Strength, are now live with the operator.

Aspire Global’s Pariplay has been granted an Interim iGaming Supplier License for the state of West Virginia. The reception of this license marks Pariplay’s entrance into a second US state, following its approval for a license in New Jersey last year. The interim license will enable Pariplay to sign deals with casino operators in West Virginia and provide its industry leading suite of gaming content to more players in the expanding US market.

The US has proven itself to be a major growing market in the global iGaming space, with the near immediate uptake gambling received in each state that legalised it.

26th January 2021 – Pariplay Ltd., the No. 1 aggregator and content provider behind innovative products including the Fusion™ aggregation platform and the Ignite Studio development programme, has today announced it has been granted an Interim iGaming Supplier License for the state of West Virginia.

The reception of this license marks Pariplay’s entrance into a second US state, following its approval for a license with the New Jersey DGE last year. The interim license will enable Pariplay to sign deals with casino operators in West Virginia and provide its industry-leading suite of gaming content to more players in the expanding US market.

HR Connect is proud to introduce Heidi Lofthus as the latest addition to its ever-growing team. Heidi has been a part of HR Connect as a founding member since its inception and a driving force behind the evolution of the forum, marking it out as the success story it is today. She will now be in charge of growing the association, enabling it to be better placed to bring iGaming HR professionals closer together to further learn, network and solve practical challenges arising within the industry.

Gaming Americas announces the final agenda for their first virtual quarterly meetup in 2021.

The Gaming Americas Q1 Meetup is taking place on 28 January and the organizers are ready to reveal the final agenda for the event. See more details here | Register for free

The meetup already attracted +1k registrations and has +40 confirmed speakers, which has transformed the meetup into a full day conference dedicated for the Americas.

The team at Hipther Agency along with the Way Seers at Gaming Americas has designed a program that will satisfy all content needs for companies interested in updates from North America, Latin America and the Caribbean.

Besides the regular updates about North America, the Latin American and Caribbean-related panel discussions will be hosted in Spanish and participants will have the option to access the content in English as well. Thus ensuring all participants entrée into key markets of Latin America.

Recently, she held the role of Chief Strategy Officer at GiG which she joined in 2017 as Chief Operating Officer of the B2B business, iGamingCloud, and was instrumental in structuring the group strategically and operationally.

Cristina has been recognised with a number of awards throughout her career and was named by iGaming Business in the Top 5 to watch Most Influential Women in iGaming Industry 2019.

NetEnt has grown its footprint significantly in the burgeoning US igaming market by entering Michigan on the day Michigan Gaming Control Board (MGCB) launched online gaming and sports betting in the state.

BetRivers/RSI, BetMGM, Churchill Downs, DraftKings, FanDuel, Golden Nugget, William Hill and WynnBET all began their operations in the Great Lakes State on Friday 22nd January, with all offering games from the premium casino content supplier, which is part of the Evolution Group.

The multi-awarded betting provider UltraPlay has announced its partnership with Mobius Interactive Ltd, an online gaming operator, which is powered by UltraPlay’s platform and eSports betting product. Through its brand Mobius.Bet, the company is focused on one of the fastest-growing betting verticals lately – eSports and its core audience – the gamers.

Mobius Interactive Ltd launched its online operations together with UltraPlay in the third quarter of 2020. Since then the site is experiencing great interest from the eSports betting community of players across the globe.

FeedConstruct and FeVA have just inked a deal that will allow FeedConstruct to provide exclusive data and video coverage for Circuito Argentino de Beach Volley. The new partnership will provide FeedConstruct with 500+ strenuous and impromptu matches featuring female and male players from Argentinian National Team. The skilled players will demonstrate outstanding ball skills and court speed that require unique expertise.