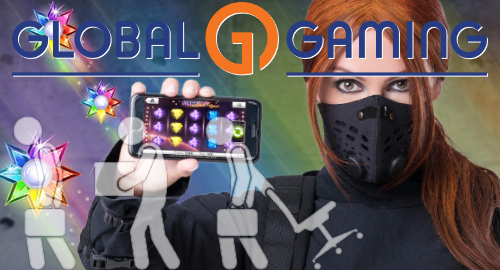 Nordic online gambling operator Global Gaming is cutting its payroll in half due to its inability to make nice with Sweden’s gambling regulator.

On Thursday, the Stockholm-listed Global Gaming released its financial report card for the three months ending June 30, during which revenue fell 42% year-on-year to SEK132.2m (US$13.7m), while the company booked an operating loss of SEK11.1m for the quarter.

Tobias Fagerlund, who was formally appointed Global Gaming CEO in July, called the past three months “the most turbulent and difficult” in the company’s history. Global Gaming, which was already struggling to adapt to Sweden’s new regulated market, was thrown into chaos on June 17 when the Spelinspektionen regulatory body revoked the company’s gaming license.

Global Gaming’s flagship Ninja Casino brand was accused of serious failures in its anti-money laundering and social responsibility obligations, charges that Global Gaming continues to reject. The company has made several attempts to appeal the revocation, all of which have been rejected by Swedish courts.

Global Gaming has since launched a new Swedish-facing brand (NanoCasino) that piggybacks on Finnplay’s local license. Fagerlund said Thursday that this deal “makes good financial sense” because, while Finnplay remains “fully responsible” for NanoCasino’s operations, a Global Gaming subsidiary acts as the site’s marketing partner, which “secures many of the marketing commitments the group had made at the beginning of the year.”

The Swedish hiccup forced Global Gaming to ‘significantly amplify’ previously announced “organizational changes.” The company says such “draconian measures” are regrettable but its short-term focus must be on “damage control, cost control and finding solutions to continue moving forward and creating the conditions for a return to profitability.”

The company had about 190 people on its payroll during Q2, but this is expected to shrink to between 90-100 warm bodies by Q4. Specifically, Global Gaming will “completely shut down” its Swedish technology team, while its Malta-based operations have “already shrunk considerably.”

Fagerlund said the company’s rebounding plan involves a “much broader approach,” including new brands and new markets. The company “must live with the consequences of past mistakes” but Fagerlund said Global Gaming’s “fighting spirit and will to prevail are very much alive.”

Investors cheered the moves, pushing the shares up more than one-fifth by the end of Thursday’s trading. That said, the share prices remains but one-fifth of the level it was trading at in February, before the company’s Swedish struggles commenced in earnest.