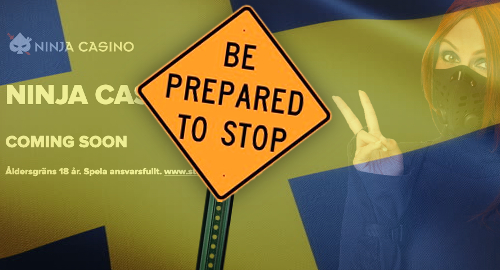 Global Gaming’s flagship Ninja Casino brand had its Swedish license revoked last June due to what the Spelinspektionen regulatory body called “serious deficiencies” in Global subsidiary SafeEnt Ltd’s responsible gambling and anti-money laundering protocols. The company has lost all appeals of this revocation but continues to pursue the matter up the legal food chain.

Last September, Global Gaming struck a deal to transfer control of the Ninjacasino.se domain to Swedish licensee Viral Interactive, a subsidiary of the Finnplay Group. Viral then applied to Spelinspektionen to add Ninja’s domain to the other domains listed on Viral’s Swedish license.

Spelinspektionen said Wednesday that the regulator considered it “highly inappropriate that Viral Interactive Ltd has chosen a collaboration involving two players who have committed serious violations” of Sweden’s gambling laws.

Spelinspektionen noted that Sweden’s gambling law allows licensees to assign certain tasks to third parties provided that said third parties conduct said tasks in a responsible manner. Spelinspektionen said the history of the players in this drama gives the regulator no confidence that the revived Ninja Casino will be “operated under controlled and safety-satisfactory forms.”

In response to Wednesday’s notice, Global Gaming CEO Tobias Fagerlund said it was “noteworthy” that Spelinspektionen had taken “almost five months” to reject Viral’s application. Fagerlund said Viral “cannot in any way be regarded as a party” to the legal dispute between SafeEnt and Spelinspektionen, nor could Viral “be held responsible for any marketing previously conducted by Elec Games.”

Fagerlund claimed that SafeEnt’s license revocation “has not yet gained legal force and can therefore not be used as an argument” to reject Viral’s application. Fagerlund further claimed that Spelinspektionen “continues to make questionable decisions which in our opinion lack clear support” in Sweden’s gambling law.

The loss of Ninja Casino’s Swedish-facing business caused a 75% drop in Global Gaming’s Q3 revenue and led to a 50% reduction in the company’s payroll. Global Gaming will issue its full-year 2019 financial report on February 20.