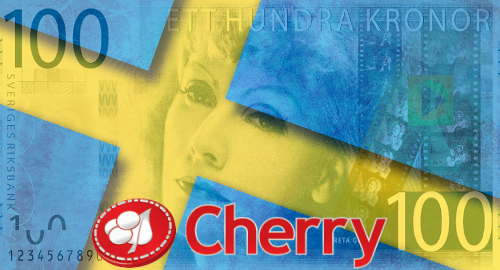 Sweden’s gambling operators continue to curb their advertising spending, while the local regulator has fined another online casino licensee for failing to observe proper self-exclusion protocols.

Figures published this week show online casino operator Cherry AB topping the list of Swedish-licensed gambling operators in terms of advertising spending in the month of March. Cherry ranked third on the list with a total outlay of SEK52.1m (US$5.15m), although this represented a nearly 59% decline from the same month last year.

State-run Svenska Spel ranked seventh on the list with an outlay of SEK42.3m, down nearly 50% from March 2019. Unibet’s parent company Kindred Group placed a distant 17th as its spending fell nearly two-thirds to SEK33.2m, while state-run racing and betting operator ATG placed 20th with SEK30m (-11.7%).

The gambling operators’ spending cuts are at least partially due to the suspension of most live sports events due to the COVID-19 pandemic. It’s perhaps not surprising then that Sweden’s Postcode Lottery made a push to grab some market share, resulting in its debut on the March chart in sixth place with ad spending of SEK42.4m.

The March 2019 total was also goosed by operators desperately trying to fight for consumer attention following the launch that January of Sweden’s regulated online market. That overexposure led Sweden’s government to launch a commission tasked with whether to ban all gambling advertising if operators couldn’t show the necessary restraint on their own accord.

L&L SHORTCOMINGS NO LOL MATTER FOR REGULATOR
Meanwhile, the Spelinspektionen regulatory agency has imposed a SEK600k ($59,300) penalty against L&L Europe Ltd, which operates in Sweden using a smorgasbord of online casino brands, including Funcasino and Karlcasino. The operator was found to have technical issues integrating the Spelpaus self-exclusion registry into its sites.

Spelinspektionen determined that L&L’s technical glitches lasted from April 28 to May 6, 2019, during which several customers who’d registered with Spelpaus were able to deposit and play on L&L sites. The maximum possible fine in this case was SEK66.8m, based on 10% of L&L’s annual turnover in Sweden, so L&L clearly dodged a bullet on this score.

Other companies that have been punished for Spelpaus-related failures were nowhere near as fortunate, with Aspire Global unit AG Communications Ltd ordered to pay SEK3m and Genesis Global Ltd getting a bill for SEK4m.