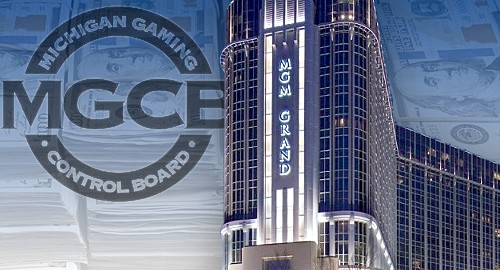 Detroit’s three commercial casinos set a new gaming revenue record in 2019 while the state continues to prepare for the imminent launch of legal sports betting.

Figures released Tuesday by the Michigan Gaming Control Board show Detroit’s three casinos generated combined gaming revenue of $1.454b in 2019, beating the previous record of $1.44b set just one year earlier. The three casinos closed out the year by posting revenue of $127.8m in December, up a mere 0.3% from the same month last year.

Greektown, which is owned by a combination of Penn National Gaming and VICI Properties, saw its 2019 haul rise 0.6% year-on-year to $337.2m, although this failed to eclipse Greektown’s previous best of $352.8m set way back in 2011.

Detroit’s casinos and the state’s tribal gaming venues have been busy prepping for their new online gambling and sports betting options, which became a possibility five days before Christmas when Gov. Gretchen Whitmer signed the necessary legislation into law.

Michigan’s bettors are keen for a retail betting launch in time for this spring’s NCAA March Madness basketball tournament but it remains to be seen whether that timeline proves realistic. Regardless, crafting unique rules for online/mobile betting and online casino and poker means those products might not make their official debut until early 2021.

Detroit casinos to reopen Aug. 5, too late for many staff
Peter Amsel
30 July 2020

Detroit casinos could stay closed for up to a year, according to mayor
Erik Gibbs
8 May 2020