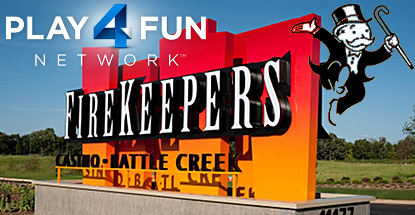 The FireKeepers Casino Hotel in Battle Creek, Michigan had already signed up for the SG Universe Mobile Concierge. The addition of Play4Fun will offer guests access to free-play casino games via a branded web portal and customized native iOS and Android apps.

The first land-based Monopoly-branded slots title making the transition to the social casino arena is Super Monopoly Money Cool Nights. The game will be available via the Jackpot Party Social Casino on Facebook with future launches expanding its reach to smartphones and tablets. SGMS will become the exclusive global online distributor of wagered Monopoly-branded casino games this summer.