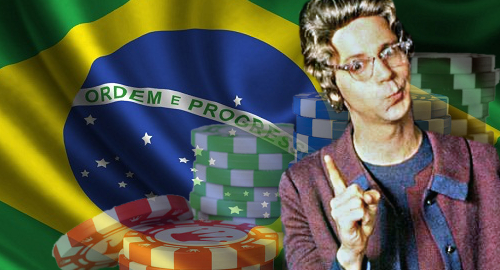 Brazil’s casino legalization efforts may hinge on the support of evangelical Christian legislators, who don’t appear wild about authorizing new sins for their flock.

Brazil’s President Jair Bolsonaro recently met with members of the ‘Central’ bloc of the federal Chamber of Deputies, who urged him to press forward with a proposal to authorize casino gambling. Bolsonaro has previously stated that he is personally opposed to gambling expansion but also believes that the issue should ultimately be left up to individual Brazilian states to decide whether they want casinos in their backyard.

However, while Bolsonaro told the Central deputies that he was open to ‘talking’ about casino authorization, he appeared to give the chamber’s significant evangelical bloc a veto over whether the idea advances beyond the talking stage.

One of the members of that bloc is Marcelo Crivella, mayor of Rio de Janeiro and an evangelical bishop. Rio is one of the most desired locations for international casino operators and Crivella has signaled his support for okaying a casino within his city, with the proviso that its gaming floor would be accessible only by international tourists.

Sao Paolo is another major location of interest among international casino operators and the state’s Secretary of Tourism has said he’d welcome the economic development possibilities that casinos could bring to an area that contains 16% of the nation’s unemployed.

However, deputy Marco Feliciano, one of leaders of the chamber’s evangelical faction, stated just last month that the religious faction was “totally” opposed to legalizing casinos and there was no argument that could be made to change their minds.

Brazil is currently crafting regulations to govern land-based and online sports betting after Brazil’s former president signed betting legislation into law one year ago. Separate legislation that deals with the casino question has struggled to find sufficient support to ensure passage.

The uncertainty isn’t stopping casino operators from pressing the issue. Las Vegas Sands boss Sheldon Adelson has made no secret of his desire for a Brazilian presence and has met with Brazilian officials both at home and in Nevada to discuss the possibilities. After originally pitching an $8b integrated resort in Rio, Adelson has since said that Sands could spend up to $15b on two properties in Rio and Sao Paolo.