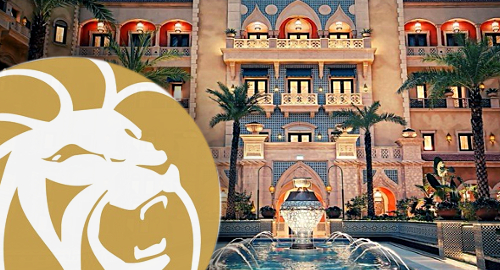 Casino operator MGM Resorts posted a net loss in Q3 despite a strong US regional performance and some unlucky play by VIP gamblers in its Macau properties.

MGM blamed the net loss on a $219m non-cash impairment related to its recent blockbuster sale of the land underneath its Bellagio and Circus Circus properties in Las Vegas. The company indicated Wednesday that it was aiming to pull off a similar transaction for its MGM Grand property before the end of this year, part of MGM’s new ‘asset light’ ethos.

MGM’s Vegas Strip revenue was up 4% to $1.5b, no thanks to gaming operations, which reported revenue down 3%. The slot machines did their bit to goose the numbers but “ongoing weakness in Far East baccarat volumes” led to declines in both gaming table drop and win.

US regional operations fared better, rising 20% to $935m, mainly due to contributions from New York’s Empire City Casino (acquired in January), Ohio’s Northfield Park (acquired in April) and a full quarter’s contributions from MGM Springfield in Massachusetts (opened Aug 24, 2018). The New York and Ohio properties accounted for $116m of the $158m that the regional segment was up in Q3.

MGM’s share of the MGM China joint venture reported revenue up 22% to $738m as VIP win rose 0.5 points to 3.7%, which offset a 8% decline in VIP turnover, although that was less severe than the broader Macau market’s Q3 trend and VIP revenue ended up rising 5% year-on-year. The more profitable mass market segment reported table drop rising 13% while mass win rate shot up 5.5 points to 23.6%, pushing mass revenue up 47%.

The MGM Cotai venue finally launched all its high-roller amenities, including The Mansion villas and the attached Mansion One “ultra-luxury” gaming area, which is exclusive to invitation-only ‘premium mass’ gamblers. MGM Cotai added 25 new tables during Q3, boosting the property’s revenue to $364m and accounting for $80m of MGM China’s $182m in adjusted earnings.

Despite MGM continually describing sports betting as one of its key areas of future growth, Wednesday’s earnings call made no reference to Tuesday’s announcement of a sports betting partnership between Yahoo Sports and MGM’s Roar Digital joint venture with GVC Holdings. Perhaps that was a way of avoiding follow-up questions on how spectacularly the BetMGM app has underwhelmed in New Jersey to date.

As for the MGM 2020 cost-cutting program, the company said the majority of the restructuring costs – primarily severance for rank-and-file staff and accelerated stock compensation for more senior staff – were incurred in H1 and the benefits will now start to roll in. Have a drink on us, newly impoverished former staff!