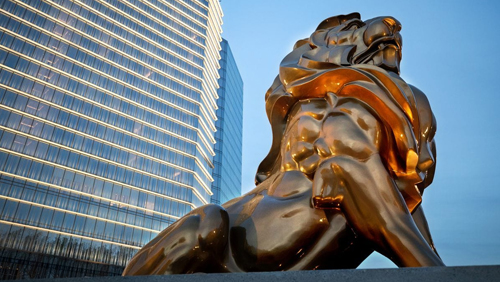 MGM Resorts has had its eye on Empire City Casino and the Yonkers Raceway for some time and had hoped to consummate its $850-million acquisition of the venues earlier this month. However, the New York Gaming Commission (NYGC) delayed giving a ruling on the matter without indicating when a follow-up meeting might be held. It has now apparently held that meeting, because MGM is now the proud owner of both facilities.

According to a report by USA Today, the NYGC approved the deal yesterday. The commission authorized a set of licenses that will allow MGM to move forward with the purchase, which will see the Rooney family lose control of the operations.

The NYGC wasn’t exactly long-winded in announcing the license approvals. The board offered no further comments, other than to thank the Rooneys for their service and acknowledging that MGM will be able to operate the two venues – one, a video-lottery terminal and the other, a harness track – subsequent to the final purchase of the operations, which is expected to take place today.

Empire City was added to Yonkers Raceway in 2006. Seven years later, the facility was upgraded to offer more amenities and, in 2017, began looking for backers to help it compete with Resorts World Catskills, which it saw as a potential threat as it would open its doors in March 2018. MGM then announced last May that it was interested in buying the property, which had been owned by the Rooney family since 1972.

According to a statement by MGM, “We appreciate the work of the New York Gaming Commission and the approval of our license. “We couldn’t be more excited to become part of the Yonkers community and welcome Empire City’s 1,200 team members to the MGM Resorts family. MGM is looking forward to bringing another world-class entertainment destination to the Northeast.”

With 5,300 gaming machines and the largest harness track in New York, the venue is most likely about to receive a large update. MGM is expected to add a hotel, an entertainment venue and other amenities, but has not yet indicated exactly what may be in store. The venue will reportedly be overseen by current MGM executive Uri Clinton, serving as both president and COO.