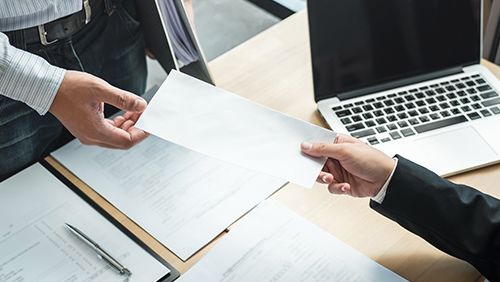 It took less than a year on the job for Uri Clinton to decide to move on. He had been appointed as president and chief operating officer of Empire City Casino in Yonkers, New York just before MGM purchased the property at the beginning of this year. Taking his place to oversee the daily operations in the meantime will be the casino’s chief financial officer, Ed Domingo.

It isn’t clear why Clinton has resigned, and his departure has been a puzzle to many in the gaming industry. He was instrumental in the transition of Empire City from its former owners, the Rooney family, to MGM and has received a lot of praise for his work in the past. Yonkers mayor Mike Spano even singled him out when his appointment was announced, saying that he had “set the stage” for strong community involvement.

The executive, with a bachelor’s degree in political science and a juris doctorate from Gonzaga University of Law, has also been actively involved in MGM’s fight in Connecticut, where the casino giant was trying to block the Mashantucket Pequot and Mohegan tribes from building a gambling venue in East Windsor. Connecticut Representative Joe Verrengia told local media outlet The Day, I’m surprised, caught off guard.  He’s been the face of MGM in Connecticut since Day One.”

MGM ultimately lost that battle, but it’s not likely that this was the reason for Clinton, who was with MGM since 2014, deciding to step down. He had also been fundamental in MGM’s actions in New York, repeatedly attempting to get lawmakers to ease up on a moratorium prohibiting more commercial casinos. He wanted Yonkers to have a more robust portfolio of services, including a hotel and entertainment venues, but asserted that none of that would be worthwhile without a gaming license. He previously told lawmakers, “What our vision is to have an opportunity to operate an integrated resort that meets the needs of the county, leads to tourism and then also creates a world-class opportunity.”

Clinton is reportedly not stepping completely away from MGM, at least not yet. According to a spokesperson for the company, Debra DeShong, he will continue to support MGM’s efforts “to develop a major entertainment and casino facility in Yonkers, New York as a consultant.”

How much progress MGM will be able to see in New York, even with the casino expert as a consultant, isn’t clear. It’s an uphill battle that has a lot of roadblocks, including a big one with Governor Andrew Cuomo. He isn’t convinced that more casinos are needed right now and said this past March, “I am very skeptical about some casino deal put together by casino operators promising billions of dollars and everybody is happy. When we did casinos, we were very careful, because there’s a lot of money floating around and a lot of lobbyists floating around. And we were very careful to go through a process. It was primarily for upstate New York.”