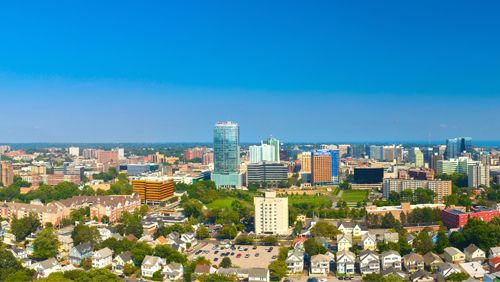 Much to the dismay of MGM Resorts International, the Mashantucket Pequot and Mohegan tribes have been greenlighted for a joint casino project in East Windsor, Connecticut. The casino giant is afraid of losing gamblers that may have otherwise hit the MGM Springfield across the border in Massachusetts, a casino already struggling because of Encore Boston Harbor’s launch. Regardless of their reasons, their attempts at blocking the project are falling on deaf ears, as the company has no real legal leg to stand on. It still dredges on with its fight, but the battle may soon be over with no victory for MGM.

MGM has challenged the U.S. Department of Interior (DOI) in its decision to approve the new casino, which is only about 15 miles away from MGM Springfield. It argued that the decision was not based on established legal precedent relating to compacts between the tribes and Connecticut in hopes of getting the courts to take its side. It essentially argued that the DOI couldn’t reconsider any compact amendments because the time for doing so had expired.

Lawyers for the DOI assert that the agency was completely within its right to authorize the project. It responded to MGM’s position and presented its brief to Judge Rudolph Contreras, who is presiding over the case, and stated, “The Amendments merely clarify that if a state law-authorized commercial gaming facility wholly-owned by Mohegan and Pequot (tribes)… commences operations, it will not violate the exclusive tribal gaming arrangement set forth in the Tribes’ respective MOUs [memorandum of understanding] with the State.”

They want the case thrown out and added, in response to the assertion that the period for reconsideration of the compacts had expired, “Because there is no statutory or regulatory limitation on [the DOI’s] ability to reconsider the Pequot Amendments, [the DOI] properly used its inherent authority to approve such Amendments, despite Plaintiffs’ contrary assertions.”

Connecticut currently has two casinos – one operated by each of the tribes. MGM wanted to put up a third in the state, which would have been located in Bridgeport, but the approval of the tribes’ venue has dampened those plans. As the soon-to-be-former owner of the Bellagio continues to sell off its properties in order to improve its finances, taking on a new project seems to be counterproductive.