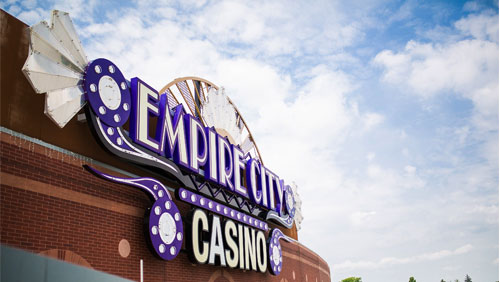 MGM Resorts, in conjunction with its MGM Growth Properties (MGP) real estate investment trust, are coming to New York. The duo announced the purchase of the Empire City Casino’s casino and racetrack for $850 million as the casino giant looks to make it big in The Big Apple.

Empire City will be sold to MGP, who will then lease it to MGM. An MGM Resorts subsidiary will be set up to operate the resort. MGM Resorts International Chairman and CEO Jim Murren said acquiring Empire City “represents an excellent opportunity to further solidify our presence on the East Coast, and in particular, expand our reach into the high-density New York City region.”

MGM anticipates that part of the funding for the purchase—$260 million—will be settled through stock. If Empire City is approved for a live table gaming license before or on December 31, 2022, MGM will pay an additional $50 million, provided MGM Resorts agrees to accept the license by December 31, 2024.

Empire City is ideally located only 15 miles from Times Square in Manhattan. It currently offers more than 5,200 slot machines and electronic table games. It also has a number of restaurants as well as live and simulcast horserace betting. From April 1, 2017 to March 31, 2018, Empire City reported around $230 million in net revenue.

MGM has wanted a taste of the Big Apple for a number of years. About five years ago, the casino operator made a bid for one of four available commercial casino licenses in the state, but was denied.

The fact that New York could be considering an extension of sports gambling legalization is certainly a factor in the decision to purchase Empire City, even if MGM hasn’t admitted to it. While sports gambling is legal in certain casinos under state law, it hasn’t been authorized at racetracks. Empire City is located in the district of Assemblymember Gary Pretlow, who recently drafted a proposal for sports betting legislation.

The purchase is expected to be finalized in the first quarter of 2019.