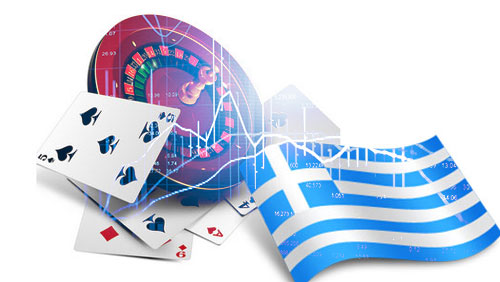 Greece was once a powerhouse among nations. The times changed, and the Mediterranean country has recently found itself scrambling for economic assistance, having more than once been bailed

out by the European Union (EU). Recently, the island country decided to take a stand and work on becoming self-sufficient again. The move has proven to be a smart one, as one of the largest gaming operators in the country, OPAP, saw substantial increases in revenue last year.

Legalizing VLTs in the country has resulted in considerable revenues for the state’s coffers. According to reports, the regulated gambling sector brought in €662 million ($805.89 million) in gross gaming revenue taxes in 2017, about €35 million ($42.6 million) higher than 2016. Still, the government work isn’t done—data from Financial Police showed that there are more than 100,000 VLTs still operating illegally in the country.

The company recently reported its Q4 earnings and recorded revenue of €1 billion ($1.2 billion) from video lotto terminals (VLT). OPAP operates a total of about 10,000 VLTs in the country and recently was granted authorization to expand, which could push those numbers up to around 25,000.

In its financial review, OPAP CEO Damian Cope said, “2017 was a particularly busy year in terms of the overall level of change that OPAP underwent. Beginning with the new partnership agreement that we signed with our agents in Q1 we managed to successfully implement a number of new initiatives that will each act as solid foundations for the long-term benefit of the company and ensure the delivery of our 2020 Vision.”

Cope added that there are still challenges to be faced in the country that impact disposable income. He indicated that OPAP will continue to stay focused on expanding its customer base and investing in the company’s infrastructure.

OPAP is looking at a change of its core operations and will soon be launching online sports gambling options. The company anticipates being able to offer sports gambling before the start of the World Cup in Russia in June. OPAP hopes to have both online and over-the-counter options available.