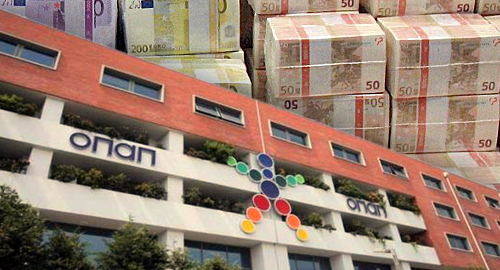 On Tuesday, OPAP reported that its revenue in the three months ending September 30 was up 12% year-on-year to €357.4m, while earnings shot up 49% to €93m and net income rose nearly two-thirds to over €48m.

It’s worth nothing that the earnings figure got a wind-assisted boost from a €14.7m reversal of litigation provisions, while Q3 2016 also suffered from €6.4m in one-off VLT arbitration-related costs. Absent those factors, earnings were up a more modest 13.6% to €78m. Similarly, adjusted net profits came in at €37.6m.

Delving deeper into the revenue numbers, OPAP’s betting revenue was up 21.4% to €112.3m in Q3, thanks in part to the ongoing deployment of its new self-service betting terminals (SSBT). The company’s virtual sports products were also credited with having a particularly strong quarter.

The mainstay lottery segment reported a modest 1.7% revenue gain to €193.9m while the Instant & Passive segment saw revenue fall 3% to just under €34.9m.

OPAP says the pace of the VLT rollout has picked up in Q4 to date, with over 7k operational units as of November 15. The company expects to have around 10k VLTs in place by the end of the year.

On Tuesday, the Greek parliament approved legislation that will cap the total number of VLTs at 25k, a reduction of 10k from what OPAP was originally promised. To compensate, the new legislation frees OPAP from the requirement of subcontracting out a portion of its VLT business while also extending OPAP’s betting license by a further eight years.

Greek legislators have also promised to address two other gaming industry issues before the year is through. One bill would overhaul Greece’s land-based casino market, authorizing the relocation of the Regency Casino from its current spot on Mont Parnes while reducing casino gaming revenue taxes to something more compatible with operator profits.

The other piece of legislation would finally implement long-promised changes to online gambling regulations. The changes would include formal licensing of international operators, but questions remain as to whether the tax rates will be reduced to a level that would entice operators to submit applications.