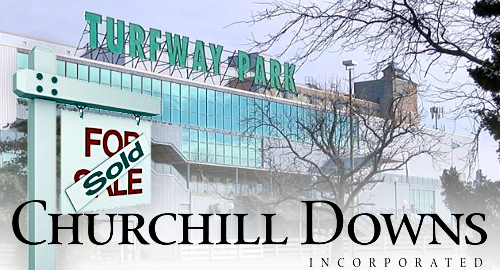 On Thursday, CDI announced a deal to buy Turfway Park from its current owners JACK Entertainment for $46m in cash. Assuming the sale is approved by the Kentucky Horse Racing Commission on October 8th, the parties expect to close the transaction “shortly thereafter.”

Casino operator Hard Rock International (HRI), which reached a deal in April to buy Turfway as part of HRI’s purchase of JACK’s Cincinnati casino, will receive $10m of the $46m CDI is ponying up for Turfway, a pretty good return on what effectively amounts to a six-month rental.

CDI says it will carry on with Turfway’s racing schedule through March 2020, but will then demolish the 60-year-old grandstand and spend another $100m or so to build Turfway Park Racing & Gaming, a new “state-of-the-art live and historical thoroughbred racing facility.”

The ‘historical’ angle refers to Kentucky’s version of slot machines, which are alternately known as ‘historical’ racing or ‘instant’ racing. Whatever you call them, they’re wildly successful, as evidenced by the 1,000 machines currently making bank at the Derby City Gaming venue at CDI’s flagship Kentucky racetrack. CDI says the new Turfway venue will feature up to 1,500 of the machines.

The Turfway deal means that CDI won’t be pursuing the Latonia Racing & Gaming project in northern Kentucky that the company announced last month.

The Turfway sale is the latest in JACK owner Dan Gilbert’s plan to shed his casino holdings, a process that began with the sale of JACK’s Greektown Casino in Detroit to Caesars Entertainment and its real estate investment trust last November.