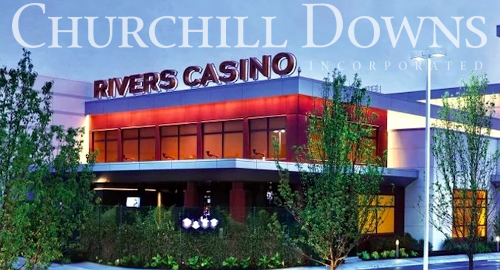 Figures released this week show CDI generated revenue of $477.4m in the three months ending June 30, up more than one-quarter from the same period last year. Adjusted earnings rose 23% to $215m but net income was up a comparatively minor $4m to $107.1m.

Profits couldn’t keep pace with the other financial columns due in part to charges stemming from CDI’s deal to acquire majority control of Midwest Gaming and its Rivers Casino des Plaines in Illinois. Excluding that and some other fiscal annoyances, profit would have risen $9.8m year-on-year.

The second quarter is a big one for CDI’s eponymous track in Kentucky due to the Kentucky Derby and Oaks week. The new ‘Churchill Downs’ segment – formerly called ‘racing’ – reported revenue up 17.5% to $193.1m, while earnings improved 13% to $121.9m.

The segment got most of its boost from CDI’s new Derby City Gaming venue, which offers nearly 1k ‘historical racing’ machines, which are basically slot machines for states that don’t allow slot machines. Derby City was responsible for $21.2m of the segment’s $28.8m year-on-year improvement.

CDI’s casino segment – which has been rechristened ‘gaming’ – saw the quarter’s biggest improvement, rising 64.3% to $177.8m while earnings rose 66.5% to $76.1m. The gains came largely due to CDI adding Pennsylvania’s Presque Isle Downs casino and acquiring the rest of Maryland’s Ocean Downs Casino that it didn’t already own.

The new ‘Online Wagering’ segment used to be called TwinSpires – like the company’s advance deposit wagering site – but was renamed to include CDI’s new online casino and sports betting offering. The segment’s revenue inched up 2% to $96m while earnings fell by $2.2m to $22.2m.

The TwinSpires site had a stellar quarter, with online handle rising 3.7% while the overall US thoroughbred industry handle fell 3% during Q2. CDI offered no input on how its nascent online casino and betting operations were faring, other than to say that the set-up costs were largely responsible for the segment’s earnings decline.

On Thursday’s analyst call, CDI CEO Bill Carstanjen confirmed that the company would add both a hotel and a historical racing venue to its flagship Kentucky track. The company’s Kentucky license allows it to operate up to 2k such machines, so the new venue could host the 1k of that allotment that the company has yet to deploy. The hotel is expected to open in time for the 2021 Derby.

Carstanjen also said CDI would dramatically boost the Rivers Des Plaines facility’s gaming options, increasing the number of ‘gaming positions’ from 1,200 to 2,000, as well as a new sportsbook in 2020, thanks to the state’s passage of enabling legislation in June. CDI also plans to seek one of the six new casino licenses the state plans to issue.