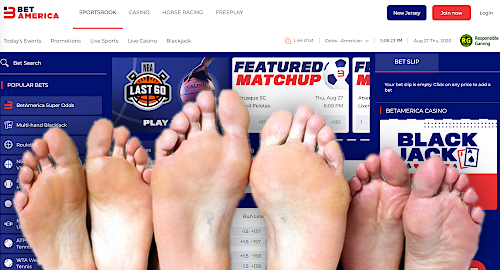 GAN announced in June that it had signed a ‘Tier 1’ client which CEO Dermot Smurfit claimed at the time would generate “$300m to $400m” in annual revenue “at maturity” of their relationship. Smurfit also claimed GAN would be “displacing an existing provider” currently serving this mystery client.

That existing provider turns out to be SBTech, which suffered a still undisclosed form of cyberattack in March that knocked several online bookmaking clients, including BetAmerica, offline for three weeks. GAN made its announcement only two months after BetAmerica came back online, so clearly CDI wasted no time looking around for options.

The incestuous nature of the nascent US betting industry means that Kambi has a measure of revenge on SBTech, which was acquired by Kambi client DraftKings last December, making Kambi’s role redundant. Kambi’s ties to DraftKings endure for the moment but the relationship will officially conclude no later than September 30, 2021.

CDI CEO Bill Carstanjen said Thursday that GAN and Kambi will allow his company to “more efficiently” roll out the BetAmerica brand as more US states lower the drawbridge to expanded gambling options.

BetAmerica made its land-based betting debut in Mississippi in August 2018 and its online betting/casino launch occurred the following February in New Jersey. The business struggled out of the gate and remains a minor player in CDI’s gambling pantheon but its Q1 2020 revenue of $1.3m was nearly twice its Q1 2019 contribution.

The news can’t come soon enough for GAN, which announced last week that it was losing the sports betting business of client FanDuel (although some of FanDuel’s other operations remain with GAN). The news sparked a double-digit selloff of GAN shares, ground the company has yet to recover.