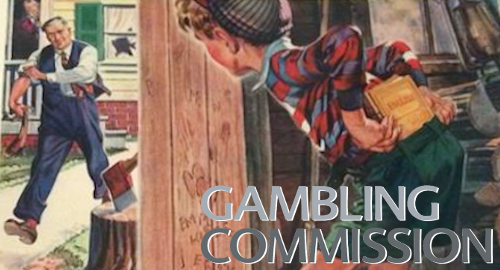 The UK gambling regulator has spanked three of its online operators after license reviews uncovered a variety of compliance shortcomings.

On Wednesday, the UK Gambling Commission (UKGC) announced that BGO Entertainment, GAN Plc and NetBet Enterprises Ltd had been taken to the woodshed for a litany of failures, including insufficient social responsibility (SR), anti-money laundering (AML) and source of funds (SOF) practices.

In BGO’s case, the UKGC found “systemic failings” in the operator’s SR/AML policies and procedures over a nearly two-year period, including inadequate risk assessments of its online casino customers. In one case, BGO allowed a customer to deposit over £100k, of which £65k was lost over the next week, despite the customer having a salaried income of less than £20k.

BGO also failed to intervene when another customer deposited £106,800 over an 19-day period, including 13 deposits totaling £6,500 on a single day between 12am-1am. BGO was found to have no responsible gambling staff on call between 1am-7am and the company failed to speak directly to the customer the following day, choosing instead to send an email.

The UKGC previously fined BGO £300k in 2017 for misleading advertising practices, both on its own and via its affiliate marketing partners, which likely played a role in the severity of this most recent penalty.

GAN’s failures were in relation to WinStar Casino, the gambling site GAN ran on behalf of Oklahoma’s Chickasaw Nation until late-2019. Among the failures were displaying cartoon imagery to promote a casino product in violation of rules prohibiting imagery that might appeal to kids. GAN also failed to display warnings regarding the illegality of underage gambling.

GAN fell short of AML compliance by accepting bank statements submitted by a customer in a different name as SOF evidence. Another case involved GAN’s “insufficient assessment of concerns around the use of a cryptocurrency.”

GAN was similarly spanked for having “no arrangements in place for monitoring and identifying customers who are potentially at risk of gambling-related harm through regular patterns of gambling but who are not displaying obvious signs of problem gambling.”

GAN has been ordered to contribute £100k to further the UKGC’s harm-reduction strategy while the firm will also forfeit £46,754 it derived as a result of its failings and pay £6k to cover the costs of the review.

The UKGC’s review of NetBet found that the company failed to conduct appropriate levels of enhanced due diligence (EDD) regarding customers who displayed signs of being ‘at risk’ for problem gambling, while in some cases there was no EDD carried out at all.

NetBet also failed to critically review SOF documentation to determine how customers were funding their gambling activity. NetBet was penalized £748k plus nearly £9k to cover costs of the UKGC review.

UKGC exec director Richard Watson reminded the regulator’s other licensees to “protect consumers from harm and treat them fairly,” while warning “failing operators” that the UKGC will continue to drag licensees to the woodshed “through our tough and proactive compliance and enforcement work.”