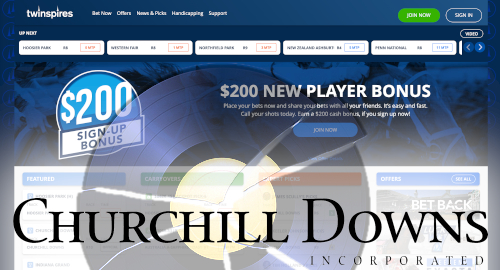 Like many of its regional casino rivals, CDI has been furiously adding properties around the country over the past couple years, while also expanding its BetAmerica brand’s online casino and sports betting operations, making direct year-on-year comparisons something Stephen Hawking would find painful, and that’s before throwing COVID-19 into the mix.

The pandemic forced the postponement of the 2020 Kentucky Derby from May to September, which pushed CDI’s ‘Churchill Downs’ segment revenue to $68m, more than twice the $32.7m the segment reported in Q3 2019. Earnings more than quadrupled to $23.9m, thanks in part to a $3.8m boost from the historical racing operations at the Derby City Gaming venue.

CDI’s Online Wagering segment got a similar boost from the rescheduled Kentucky Derby, with revenue up nearly 80% to $126.4m, while online earnings more than doubled to $31.9m.

BetAmerica contributed $1.8m to the online revenue total, a decent rebound from the $100k loss in Q3 2019 when the unfamiliar brand was throwing around overly generous bonus offers to skeptical new Jersey customers.

BetAmerica was operating in four US states – New Jersey, Pennsylvania, Indiana and Mississippi – for most of Q3 and launched retail betting operations in both Michigan and Colorado at the very end of the quarter, with online operations in those states dependent on regulatory approval.

CDI’s traditionally dominant Gaming segment took a step back in Q3 as the company struggled to reopen casinos shut by COVID-19. Gaming revenue fell 24.4% to $134.9m but earnings rose 5% to $75.4m as the company learned to squeeze more out of less.

DOUBLING DOWN ON HISTORICAL RACING

Looking to follow Derby City’s success, CDI launched ‘historical racing’ operations at its Oak Grove racetrack in late-September, just days before the Kentucky Supreme Court issued a ruling that cast doubt on the legality of the pseudo-slot machines.

CDI promptly rushed out a statement saying its Kentucky venues didn’t use the particular system at the center of the dispute and pledged to work with state regulators to ensure its operations wouldn’t face any disruption.

Since the quarter ended, CDI opened its Newport Racing & Gaming venue in Kentucky, which features an historical racing gaming floor, bar and horseracing simulcast area. The $38.4m expansion of the Newport Shopping Center operates under the license at CDI’s new Turfway Park in Florence.