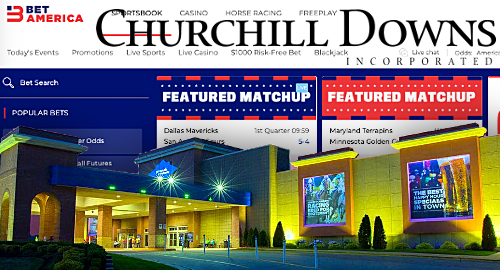 Casino and betting operator Churchill Downs Incorporated (CDI) saw its annual revenue top the $1b mark for the second year in a row despite flat online wagering operations.

Like many gaming operators, CDI has spent the past few years frantically wheeling and dealing, acquiring properties from rivals, selling off pieces of itself while venturing into new businesses and markets, with all the associated tax adjustments, financing charges and earn-out payments.

The net result is not a question of comparing apples and oranges, but throwing apples, oranges and several other fruits in a food processor and letting the blades fly. Blend ‘em all, let God sort ‘em out.

CDI’s Online Wagering unit, which includes both the TwinSpires advance deposit wagering (ADW) business and BetAmerica’s online sports betting and casino action, reported flat revenue of $61.8m in Q4 while adjusted earnings were down nearly one-quarter to $12.2m. For 2019, revenue was flat at $291.6m while earnings slipped 16% to $66.3m.

TwinSpires’ performance suffered due to “the exit of certain existing high volume with low margin customers” from its Isle of Man-based Velocity Wagering Services unit. Excluding Velocity, TwinSpires’ handle was up 7.8% but active players fell 5.4%.

BetAmerica’s net revenue was a mere $600k last year, largely due to iGaming operations in New Jersey. The BetAmerica brand has also launched online in Indiana and Pennsylvania but the costs of building out this business continue to make it a money-loser for the foreseeable future.

As for the ‘Churchill Downs’ racetrack segment, revenue improved 40% to $42.2m in Q4, with all but $400k of this gain coming via Derby City Gaming, which offers pseudo-slots known locally as ‘historical racing’ machines. Adjusted earnings nearly tripled to $9.2m, with Derby City’s gains smoothing over an earnings decline from racetrack operations.