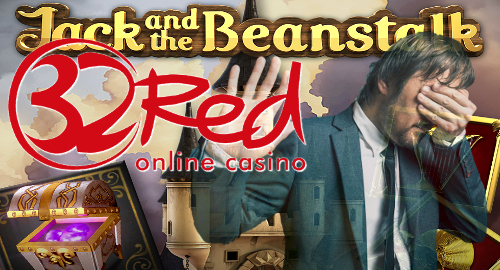 Online gambling operator Kindred Group’s 32Red brand has been spanked by the UK’s advertising watchdog for buying Google search ads that could appeal to children.

On Wednesday, the UK’s Advertising Standards Authority (ASA) found 32Red guilty of running paid-for Google search ads promoting the company’s Jack and the Beanstalk casino title, which is based on the classic children’s fairy tale of the same name.

Most ASA complaints are submitted via public responses, but the ASA raised its own concerns over the fact that 32Red’s product ranked high when Google users searched for ‘jack and the beanstalk,’ creating a situation in which kids could be exposed to gambling promotions.

32Red responded by saying that it classified the Jack and the Beanstalk game as ‘high risk,’ so visitors to 32Red.com wouldn’t see the title unless they’d been age verified. But 32Red copped to the fact that the game had erroneously been included on their website’s list of slot games.

32Red said they’d removed the ads as soon as they were brought to the company’s attention and made extra checks to ensure that other ‘high risk’ games weren’t being similarly advertised. 32Red added that it had taken measures to ensure similar cockups didn’t occur in future.

The ASA noted that 32Red’s Google ads displayed the Jack and the Beanstalk references in a “plain font” and weren’t accompanied by any child-friendly imagery. Nevertheless, the ASA found that the ads were “likely to be of particular appeal to children,” and thus 32Red “had not specifically and carefully targeted the ad only at those aged 18 or over.”

The ASA ordered 32Red to ensure that the ads didn’t appear again in similar form and also to ensure that future ads weren’t directed at under-18 individuals “through the selection of media or context in which they appeared.”

The ASA has taken a particular interest in targeting operators it feels aren’t properly policing links between their products and kid-friendly content. 32Red’s Google gaffe also plays right into the hands of the UK’s anti-gambling media, who rarely miss an opportunity to play the ‘think of the children’ card.

32Red is coming off a marketing own-goal following its ill-advised sponsorship of Derby County FC, which led the company to announce a new campaign that will incorporate responsible gambling messaging on the jerseys of 32Red-sponsored football clubs.