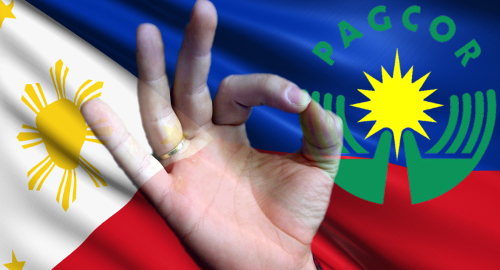 Local media quoted Padilla, senior manager at PAGCOR’s POGO licensing department, telling the country’s House of Representatives appropriations committee that the regulator now had 60 POGO licensees, up from 58 when PAGCOR announced its application freeze, although only 48 of these licensees are currently operational.

Padilla didn’t specify the companies whose licenses were approved. PAGCOR had three pending POGO applications when the freeze was announced, but Padilla also offered no insights as to whether the third application had been rejected or was simply awaiting approval.

The Philippines’ online gambling sector came under unprecedented diplomatic attack from China this month, based on Beijing’s belief that POGOs primarily target gamblers on the Chinese mainland, which had the effect of “severely undermin[ing] China’s financial supervision and financial security.”

Not so, according to Padilla, who said Thursday – apparently with a straight face – that PAGCOR’s regulations mean that POGOs “do not stream in any country which prohibits online gambling.” Padilla went on to claim that “it’s not automatic” that Chinese gamblers who patronize POGOs are actually residing in China, helpfully noting that “in [Chinese] culture, they like gambling.”

China’s government went one further this week by urging the Philippine government to “ban all online gambling,” because it was “a most dangerous tumor in modern society.” On Tuesday, Philippine government spokesperson Salvador Panelo said the fate of the POGO industry would depend on what President Rodrigo Duterte chose to do following his meetings later this month with China’s President Xi Jinping.

However, Panelo appeared to backtrack on this stance on Thursday, saying the future of POGOs was now up to PAGCOR. Panelo said the government had decided to “let PAGCOR come up with its recommendations” for how to address China’s call for an online gambling ban.

The POGO sector has become an increasingly important contributor to PAGCOR’s revenue (and to the overall Philippine economy, according to the video below). This week, PAGCOR boss Andrea Domingo said she expects POGOs to contribute P8b (US$152.6m) in license fees and royalties to PAGCOR’s coffers in 2019. That would be one-third higher than POGOs’ 2018 contribution and nearly 11% of PAGCOR’s expected total revenue of P73.8b, and Duterte previously suggested that PAGCOR expand its POGO operations, not contract them.

The Philippines staked out a claim over the past decade as the Asia-Pacific region’s primary online gambling licensing hub, although this status was increasingly challenged by Cambodia in recent years. However, Cambodia announced this weekend that it would phase out its online gambling sector as a means of preserving “public order.”