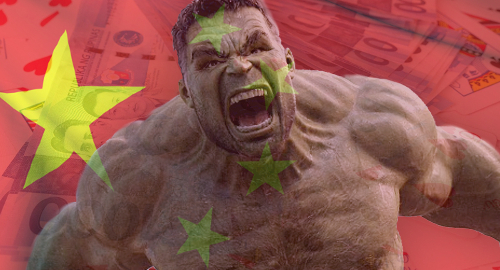 Philippine casinos now have some new neighbors: squads of police aimed at cracking down on kidnappings of Chinese gamblers.

Last week, the Philippine National Police (PNP) Anti-Kidnapping Group (AKG) announced that it was stepping up its operations intended at reducing the number of gaming-related kidnappings, usually involving Chinese gangsters kidnapping their own countrymen who run up gambling debts they can’t repay.

On Tuesday, Lt. Col. Elmer Cereno revealed that the PNP-AKG had established ‘satellite offices’ close to the nation’s casinos and had also deployed ‘intelligence operatives’ inside the gaming venues. Cereno said his outfit was coordinating its activities with casino operators and the Philippine Amusement and Gaming Corporation (PAGCOR).

Since 2017, there have been 53 reported cases of gaming-related kidnappings in the Philippines, and Cereno noted that “almost all of the victims are Chinese and almost all of the perpetrators are also Chinese.”

Just this week, the PNP-AKG announced the arrest of a Chinese national for imprisoning a Chinese gambler who borrowed P1.5m (US$28,700) that he promptly lost playing baccarat at an unspecified Manila casino. On July 29, his captors locked him in a hotel room while they contacted his relatives in China to make good on his debts (plus 50% interest), sending his relatives videos of the gambler being abused to ensure swift payment. Fortunately, the PNP got wind of the crime last week, raided the hotel and set the gambler free.

The issue has taken on new significance following this month’s broadside by the local Chinese embassy regarding the Philippines’ apparent inability to guarantee the safety of Chinese nationals who come to the country either to gamble or to work in the online gambling sector.

ONLINE GAMBLING’S FATE IN DUTERTE’S HANDS
On Tuesday, China’s Ministry of Foreign Affairs praised the Philippine government’s decision to halt the issuance of new Philippine Offshore Gaming Operator (POGO) licenses. But the Ministry went further, saying it hoped the Philippines would “ban all online gambling” to ensure “peace and stability in the region.”

On Wednesday, Salvador Panelo, spokesperson for Philippine President Rodrigo Duterte, said he was unsure “if there is a possibility” that Duterte might accede to China’s wishes and eliminate the local online gambling industry. While Panelo stressed that POGOs were a “legitimate revenue-making” project, he added that “we’ll have to ask [Duterte] on his policy” regarding the POGO future.

Duterte is flying to Beijing on August 28 for several days of meetings with China’s President Xi Jinping. Duterte’s office previously stated that online gambling was likely to be among the topics up for discussion.

Duterte and Xi have a lot of bigger issues on their plate, including territorial disputes in the South China Sea. On Wednesday, Duterte suggested the two countries could cooperate on offshore oil and gas exploration in the disputed territory, with the Philippines claiming a 60% share of any finds.

Such a split would deliver far greater direct returns than POGOs, even if they have become a prominent contributor to PAGCOR’s overall revenue. POGOs also currently employ more Chinese nationals than Filipinos, while oil and gas development would likely give local residents the edge in employment opportunities. So if POGOs turn into a bargaining chip, is the writing on the wall for the Philippines’ online gambling sector?