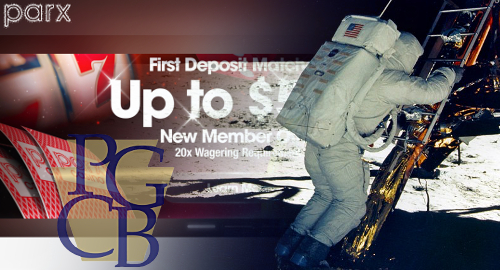 Two Pennsylvania casinos have soft-launched their online casino sites, with a third preparing to go live later this week.

As promised, Monday brought the long-awaited debut of online casino gambling in Pennsylvania, with two casinos soft-launching their products for eight-hour periods under the watchful eye of the Pennsylvania Gaming Control Board (PGCB). The launch came 21 months after the state approved the necessary legislation in October 2017.

Penn National Gaming’s Hollywood Casino went into the history books as the Neil Armstrong of Pennsylvania’s regulated online casino market, launching around 11am. But the site immediately dealt with some software cockups that prevented people from registering, leaving customers feeling like Apollo 11 pilot Mike Collins, just spinning around the moon, waiting while other people made history.

And like the Apollo 11 astronauts, the Hollywood site was packing light, offering only a handful of slots (no progressive jackpots) and video poker, but no live casino and no table games other than baccarat.

The Parx Casino in Philadelphia played Pennsylvania’s online gambling Buzz Aldrin, coming online a few hours after Hollywood’s debut. But Parx at least thought to include blackjack and roulette games (both American and European) to complement its slots portfolio.

Due to Apple’s recent ultimatum re native gambling apps, both of Pennsylvania’s current online casino options are currently only accessible via desktop or Android devices. Also, none of the sites offer online poker, apparently because the PGCB views the game as a more complicated testing environment.

Rush Street Gaming’s SugarHouse Casino in Philadelphia is promising to commence a test of its online casino product on Wednesday. The land-based venue is in the process of rebranding as Rivers Casino later this fall, a switcheroo that the online product will presumably mimic, but for now the focus is apparently on just making it to the online starting gate.