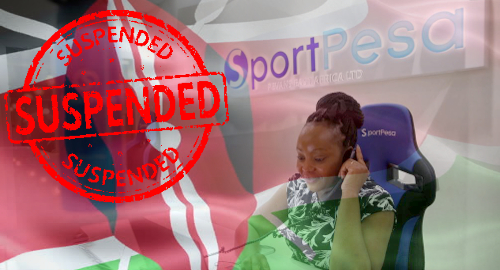 Kenya’s leading sports betting operators are among those facing the possible loss of their licenses to operate under the government’s new get-tough approach to gambling.

On July 1, Kenyan media reported that the Betting Control and Licensing Board (BCLB) had postponed renewing the licenses of eight sports betting operators pending fulfilment of certain conditions while outright declining to renew the licenses of 19 other gambling companies for various regulatory shortcomings.

While the identities of the affected operators weren’t released at the time, the Nation reported Tuesday that they include SportPesa, Betin and Betway, who together control an estimated 85% of Kenya’s betting market. Other notable names on the government’s naughty list include 1xBet, Betpawa, Dafabet, Elitebet and Premierbet.

Betin was reportedly among the operators whose license renewals were outright rejected. On Monday, Business Daily Africa reported that Betin Kenya’s parent company Gamecode Ltd had convinced a High Court judge to suspend the BCLB’s revocation of Betin’s license until July 16.

Betin’s attorneys reportedly argued that the BCLB had only informed the company of its decision to reject its renewal application on July 1, the day after its current license expired. The attorneys further argued that Betin had not been issued any warning regarding its alleged regulatory infractions and thus had no opportunity to amend its operations to bring them into compliance.

The Kenya Revenue Authority (KRA) had previously warned that any gambling operator deemed to have outstanding tax obligations would have their licenses suspended on July 1 until these bills were paid. The government claims gambling operators owe a total of Ksh26b (US$257m) in unpaid taxes, a fact disputed by SportPesa and Betin, who reportedly owe the bulk of the outstanding sum.

The Nation quoted Interior Cabinet Secretary Fred Matiang’i saying that all firms with suspended licenses should immediately cease operations. However, few if any operators appear to have complied with these wishes.

Matiang’i warned that “there is no law that compels a government to issue a license to any investor” and that while the regulatory changes were sure to “shake” the gambling sector, the government had “reached a point where we have to save our country” from the potential downsides of gambling.

The government is also seeking to deport the foreign-born execs of any gambling firm deemed to be operating in a noncompliant manner. The matter has reportedly been delegated to the National Security Advisory Committee, the nation’s top security outfit.

Kenya recently introduced new gambling legislation that promises to further shake up the local industry, including a new 10% tax on sports betting stakes that operators insist will make the industry unviable.

The legislation included new local ownership requirements (up to 30%) for foreign-based gambling firms. The Nation checked the registrations of the firms whose licenses were suspended and discovered that these companies’ Kenyan-born directors generally held zero shares.