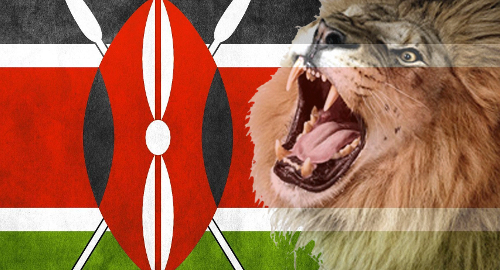 Kenya’s gambling operators are facing yet another assault as the government prepares to roll out tougher laws to temper the local population’s enthusiasm for betting.

On Wednesday, Kenyan media published details on the government’s new Gaming Bill 2019, which aims to replace the current Betting, Lotteries and Gaming Act. The bill was released Tuesday by the National Assembly’s Sports, Culture and Tourism committee and will have its first reading in the Assembly next week.

Among the proposed bill’s 170 clauses is a requirement for Kenyan-licensed betting firms to post a Ksh100m (US$1m) deposit as a hedge against a company going into default or failing to pay out winning as promised.

Victor Munyaka, who chairs the committee, said the legislation also sought to “restrict use of telecommunication platforms as media for gambling.” As with virtually other jurisdiction on the planet, mobile betting has claimed an ever larger share of Kenya’s gambling turnover in recent years, and Munyaka wants to pump the brakes on this phenomenon, which he says has led to “untamed gambling.”

The government also wants to establish a real-time monitoring system of gambling operators, in part to ensure that these operators remit their proper share of revenue to the government in the form of taxes but also to allow more effective means of monitoring individual gamblers’ activity for signs of potential problem gambling behavior.

Bettors wouldn’t be spared under the government’s proposals, which would impose a minimum wager of Ksh50 (US50¢). Major Kenyan operators such as the market-leading SportPesa currently require customers to wager twice that sum but some other operators allow bettors to place bets for sums as low as Ksh20.

The international origins of some Kenyan-licensed gambling operators have prompted the government to complain that these operators repatriate the bulk of their profits while Kenyan society is left to deal with the potential downsides of gambling.

The proposed bill would allow Kenyans to own up to 30% of locally licensed operators, (apparently) whether or not these operators are interested in modifying their ownership structure. This 30% ownership rule would be a new licensing condition, but Munyaka said the government would allow a six-month ‘transition period’ following the bill’s enactment to allow companies time to figure out how to adjust.

Leon Kiptum, Kenyan country manager for online betting operator Betway, told The Star that his group was still examining the bill’s 170 clauses and would reserve comment until the true scope of the government’s plans were clear. But Kiptum said the company shared the government’s goal of promoting gambling as “responsible entertainment.”