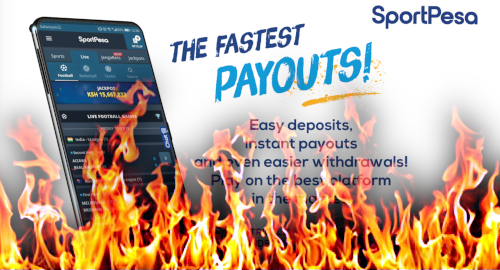 Sports betting operator SportPesa’s fight with Kenya’s gambling regulator appears far from over, while financial revelations have finally shone a light on just how massive the company was before its legal troubles began.

After finally relaunching its Kenyan-facing operations this week, SportPesa learned this week that the Betting Control & Licensing Board (BCLB) had summoned the company’s new BCLB-licensed partner Milestone Games Ltd to explain why its gaming license shouldn’t be withdrawn.

If you’re just joining us, SportPesa exited its home market in October 2019 following a still unresolved back-tax dispute with the Kenya Revenue Authority. With its license having been suspended, SportPesa attempted to restart its Kenyan operations last month by lending its brand to Milestone, which is majority owned by SportPesa CEO Ronald Karauri.

The BCLB initially blocked Milestone’s attempt to use the SportPesa brand but appeared to temporarily give up the fight following a High Court ruling, which set a January date for resolving this issue. Now Kenyan media is reporting that the BCLB is once again looking to halt SportPesa/Milestone’s efforts to continue their Kenyan business.

BCLB chair Cyrus Maina has reportedly summoned Milestone exec Bernard Chauro Matoke and director Wilson Ngatia Karungaru – both of whom were briefly detained earlier this month in Nairobi for encouraging bettors to visit the new SportPesa site – to a meeting on December 3 to answer questions regarding who exactly owns Milestone.

The Standard reported that Maina’s ‘show cause’ letter indicates that Milestone’s license was issued on October 22 to director James Muigai Ngengi, but the BCLB says Muigai is no longer listed as a Milestone shareholder. Milestone also added a Karauri-owned firm, Selenium Ltd, to its list of shareholders after the license was issued.

The BCLB states that no one at Milestone informed the regulator of these ownership changes. The BCLB claims this failure compromised its ability to conduct proper due diligence, representing “a material breach of the applicable requirements for which [Milestone’s] license may be cancelled or varied.”

No one at SportPesa/Milestone has so far commented publicly on the development, and SportPesa Kenya’s official Twitter feed continues to advise punters on how to register and deposit on the ke.SportPesa.com site.

Meanwhile, the scale of SportPesa’s pre-disruption Kenyan operations has been revealed in court documents related to the ongoing dispute amongst the company’s stakeholders. Previous estimates have fingered SportPesa as Kenya’s unquestioned market leader but hard numbers were hard to come by until now.

Business Daily reported that SportPesa handled Ksh149.7b (US$1.36b) in betting turnover in 2018 and generated revenue of Ksh20.1b ($182.8m), roughly half of which the company is believed to have kept as its profit. That put SportPesa second only to telecom giant Safaricom in terms of revenue generation by Kenyan companies.

SportPesa’s estimate of its 2018 tax bill was Ksh4.8b, of which it paid Ksh3.6b. But due to the government’s view of how to apply a 20% tax on punters’ winnings, the KRA insisted last year that SportPesa owed Ksh15.1b ($137.4m) in back taxes and penalties.

Kenyan media revealed this week that SportPesa had attempted to work out an 18-month payment plan that would have covered this outstanding balance if it was allowed to continue operating in Kenya. But the KRA reportedly balked, leading to the company’s decision to shut down local operations.

The KRA now believes SportPesa’s outstanding tax/penalty bill totals Ksh21.4b and the taxman has accused the company of involvement in “activities suspected to be intricate and complex tax evasion and money laundering.” SportPesa has denied any financial chicanery and has accused the stakeholders who voiced such claims of malicious defamation.