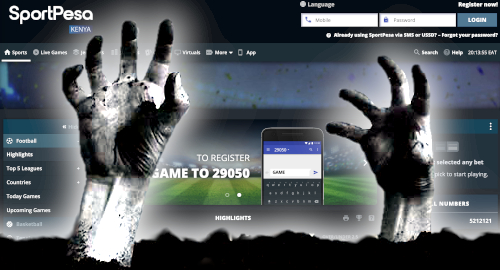 Sports betting operator SportPesa’s return to its native Kenya appears back on track – for the moment, at least – after a court quashed an effort by the local gambling regulator to block the company’s revival.

On Wednesday, Kenyan media reported that High Court Justice Pauline Nyamweya had issued a ruling striking down a Betting Control and Licensing Board (BCLB) decision prohibiting SportPesa from relaunching its Kenyan betting business.

That effort was rudely disrupted by the BCLB within hours of the new ke.SportPesa.com domain’s launch, based on the regulator’s view that local ownership of the SportPesa brand was the subject of a legal dispute. But Nyamweya’s Wednesday order instructed the Communication Authority of Kenya (CAK) to lift its blocking of the new SportPesa website.

Nyamweya’s ruling isn’t the end of this matter by a long shot, as her order merely declares that SportPesa/Milestone hadn’t been given sufficient opportunity to challenge the BCLB’s decision. Both parties have been directed to file their respective legal briefs ahead of a January 25, 2021 hearing on the matter.

SportPesa Kenya’s official social media feeds have yet to comment on the ruling, although the new domain appears to be active again.

In a separate ruling issued Wednesday, Justice David Majanja lifted orders blocking SportPesa’s Kenyan parent company Pevans East Africa from accessing bank accounts that had been frozen by the KRA while the back-tax issue remains unresolved. Majanja ruled that the KRA had failed to disclose material facts in its October 5 application to extend the banking freeze. But this issue is also far from over.

SportPesa learned this week that the country’s financial watchdog is probing financial transfers totaling hundreds of millions of dollars for evidence of “criminality.” Some major shareholders in Pevans East Africa have accused senior SportPesa execs of tax evasion and fraud through allegedly illegal transfers of revenue generated in Kenya to international accounts. SportPesa has vehemently denied these allegations.