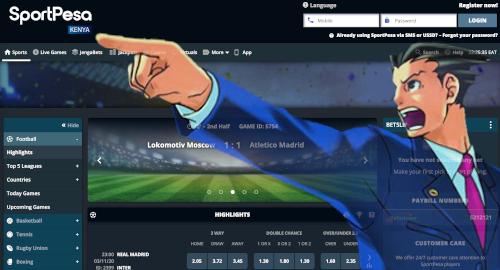 Kenyan sports betting operator SportPesa’s botched return to its home market continues to go off the rails as in-fighting among key stakeholders injects further doubts as to the operator’s local future.

This week, SportPesa shareholder Paul Wanderi Ndung’u went public with a statement accusing SportPesa CEO Ronald Karauri and the company’s international investors of attempting to ‘hollow out’ the company at the expense of Kenyan stakeholders.

Those plans also took Kenya’s Betting Control & Licensing Board (BCLB) by surprise, as the regulator ordered the new SportPesa to halt operations the same day. The BCLB noted that Pevans East Africa had appealed the 2019 revocation of SportPesa’s local license and the SportPesa brand wouldn’t be eligible to operate in Kenya until this dispute was resolved.

Ndung’u holds a 17% share in Pevans East Africa, while 47% is held by a trio of Bulgarian investors. These Bulgarians, who provided technology and gambling expertise when SportPesa was founded, also hold an 80% stake in SportPesa Global Holding Ltd (SGHL), a UK-based firm that controls SportPesa’s operations in Europe and Tanzania.

World Intellectual Property Organization data shows that SGHL registered the SportPesa brand in January 2019. Milestone reportedly told the BCLB that SGHL had granted it the right to use the SportPesa trademark. The BCLB has scheduled a Nov. 16 hearing to determine whether SGHL or Pevans owns the trademark for local use.

Ndung’u claims SGHL “was a mirror of Pevans EA Ltd” but the Bulgarians “fraudulently transferred the shareholding to themselves along with their associates,” the ranks of which apparently include Karauri, who holds nearly 10% of SGHL.

Ndung’u said he and fellow Pevans shareholder Asenath Wacera Maina, who holds a 19% stake, “want to know who the beneficiaries of these accounts are.” Ndung’u and Maina are seeking the support of the Central Bank of Kenya, the Kenya Revenue Authority (KRA) and the Financial Reporting Center in identifying the terminus station of these transfers.

SportPesa responded to the Ndung’u missive by threatening legal action against its former chairman, citing the “gravity and defamatory nature of the serious and utterly false allegations.” SportPesa further claimed that the company is “fully compliant with all legal and tax requirements in the jurisdictions in which we operate.”

In September, Finance Uncovered posted a lengthy examination of SportPesa’s corporate structure and allegations that the company had significantly reduced its Kenyan tax obligations by shifting profits to international offshoots.

SportPesa exited the Kenyan market last year following a lengthy dustup with the KRA over the company’s alleged failure to withhold a 20% tax on punters’ winnings. SportPesa was one of dozens of betting operators targeted in this fashion, and the tax question remains unresolved following contradictory government actions.