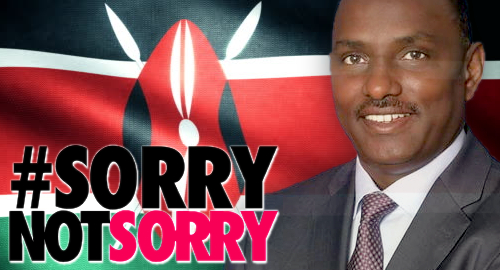 Kenya’s government is denying reports that it has permanently repealed its controversial 20% tax on sports betting stakes, plunging the already disrupted market into further turmoil.

Earlier this week, Kenya’s President Uhuru Kenyatta signed the legislature’s new Finance Bill 2020, which eliminated the 20% tax on bettors’ winnings that resulted in many of Kenya’s leading bookmakers to quit the market last year.

On Thursday, Treasury Secretary Ukur Yatani issued a statement noting media reports that “the government has reneged on this commitment on taxation of the betting industry.” Yatani observed that “the removal of this tax happened during the Committee stage of the Bill.”

Yatani (pictured) went on to state that “following various consultations and in line with the government’s commitment on mitigating against the social vices associated with betting activities” the Treasury will propose to Parliament “the reintroduction of the excise duty on betting within next six months.”

The 20% winnings tax took effect on July 1, 2018 but the government chose to interpret the 20% rate as applying to all sums paid out by betting firms to winning bettors, including the bettors’ original stake, effectively creating a tax on betting turnover.

The government claimed this interpretation meant that betting operators owed hundreds of millions in uncollected taxes, which led to the suspension of dozens of betting licenses. Major bookmakers such as SportPesa and Betin opted to close their Kenyan operations rather than conform to the government’s interpretation of the tax law.

Yatani offered no explanation on why Kenyatta chose to sign the Bill without publicly decrying the elimination of the 20% tax by the National Assembly’s Finance and National Planning Committee.

Despite Thursday’s developments, SportPesa Kenya’s Twitter feed continues to assure its former customers that the company is still discussing the resumption of its Kenyan-facing operations with the Betting Control and Licensing Board (BCLB).