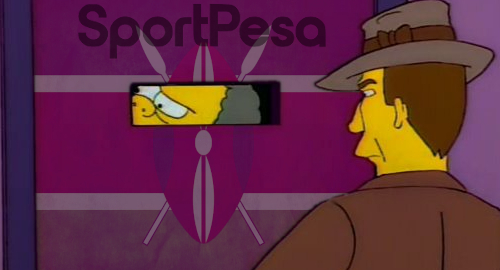 On Wednesday, Kenyan media reported that police officers and agents of the Betting Control and Licensing Board (BCLB) attempted to raid SportPesa’s Nairobi offices at around 3pm. Witnesses claimed that the officials brought a truck with them, apparently in the expectation of carting away documents and computer equipment.

However, the agents appear to have left empty-handed after failing to gain entry to SportPesa’s offices. SportPesa later issued a statement saying the agents had failed to produce either a court order or warrant supporting their invasive maneuver.

The company is now vowing to sue both the BCLB and the Interior Ministry for disregarding a Nairobi High Court order telling the BCLB to stand down until a January 25, 2021 hearing on the question of whether SportPesa is currently permitted to conduct betting operations in Kenya.

A brief recap: SportPesa was Kenya’s betting market leader until the summer of 2019, when the BCLB suspended its license over a back-tax dispute with the Kenya Revenue Authority. This October, the SportPesa brand returned thanks to a license the BCLB issued to Milestone Games Ltd, a new company that turned out to be controlled by SportPesa CEO Ronald Karauri.

The BCLB proceeded to revoke Milestone’s license, claiming that the two companies had pulled an ownership bait-and-switch. SportPesa/Milestone convinced Judge Pauline Nyamweya to pause that revocation until January’s hearing, but the BCLB and Interior Cabinet Secretary Fred Matiangi have shown no interest in letting the matter rest.

SportPesa’s post-raid statement said the BCLB’s “illegal conduct … falls into a pattern of intimidation and harassment” and the company expressed “great concern” with the government’s “continued blatant disregard and violation of the orders” issued by the Nairobi court. SportPesa assured its Kenyan customers that its business as usual, at least until January’s hearing.