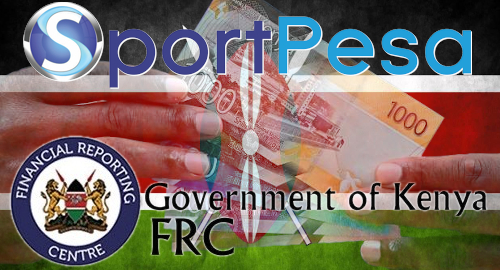 On Monday, Kenyan media reported that the country’s Financial Reporting Centre (FRC) had opened a probe to determine whether there is any “criminality” in the Ksh30b (US$278m) that SportPesa reportedly transferred from local accounts to international banks over the past three years.

Allegations of impropriety in the fund transfers were made earlier this month by Paul Wanderi Ndung’u, a shareholder in SportPesa’s Kenya-based parent company Pevans East Africa Ltd.

Ndung’u accused SportPesa CEO Ronald Karauri and the company’s Bulgarian investors of transferring profits generated in Kenya to subsidiaries in other countries to avoid (a) paying local taxes and (b) sharing these profits with Pevans shareholders like Ndung’u.

SportPesa rejected Ndung’u’s “serious and utterly false allegations,” saying the company was “fully compliant” with all legal and tax obligations in all markets in which it operates.

FRC director-general Saitoti Maika said the watchdog had opened a probe because “the matter is of public interest” due to the government allegedly losing out on a major tax payday. Maika stressed that “moving money offshore is not an illegality” but the FRC was interested in learning “if there was criminality in the movement of the billions offshore.”

SportPesa shut its Kenya operations last year after a prolonged back-tax dispute with the Kenyan Revenue Authority (KRA). The company made a surprise return to Kenya in late-October by lending its brand to a new Kenyan betting licensee, Milestone Gaming Ltd, but the Betting Control and Licensing Board (BCLB) put a halt to this plan the same day it was announced, citing ongoing litigation that precluded Milestone from using the SportPesa brand.

Earlier this month, Kenya’s Directorate of Criminal Investigations (DCI) opened its own probe into who authorized Milestone to use the formerly dormant paybill numbers and mobile short codes that are/were owned by Pevans. The DCI claimed these numbers and codes had been “fraudulently” activated and transferred.

Just days before that, two Milestone execs – Wilson Ngatia Karungaru and Bernard Chauro Matoke – were arrested in Nairobi and charged with inviting bettors to wager with the new SportPesa site. The charges reportedly stems from questions over the validity of the site’s betting license and paybill numbers. The pair denied any wrongdoing and were released on bail ahead of a December 1 hearing.