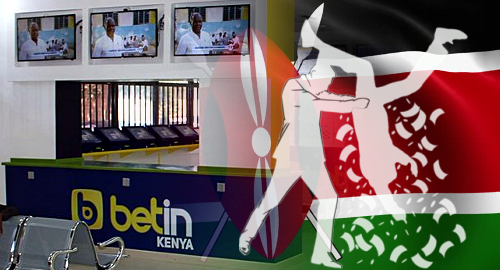 Kenya’s betting operators have been warned that their licenses will be suspended on July 1 if the government determines that they haven’t been paying their taxes.

On Monday, Kenya’s Interior Cabinet Secretary Fred Matiang’i held a meeting with the Betting Control and Licensing Board (BCLB), after which he announced that all local betting operators will have their licenses revoked effective July 1 “unless the holders of those licenses provide proof of their tax remittance compliance.”

Matiang’i said official government figures showed betting operators generated revenue of Sh202b (US$2b) in 2018 but paid only Sh4b ($39.7m) in taxes. Matiang’i plans to introduce a tax compliance bill in parliament in short order and the BCLB has been ordered to draw up a list of noncompliant betting operators.

The Star quoted Ronald Karauri, CEO of Kenya’s leading sports betting operator SportPesa, saying he welcomed Matiang’i’s input and that “a well-regulated industry that adopts best practice is good for government, operators, citizens and all stakeholders.”

But taxation isn’t the only item on Matiang’i’s radar. The official called on the Communication Authority of Kenya to review the nature of gambling operators’ advertising efforts with an eye towards future restrictions.

Studies have shown 54% of Kenyan youth admitting to having wagered on sports, a significantly higher rate than other African nations. On Monday, Matiang’i claimed “76% of young people are actively involved in betting and 54% of those … are low income earners.” It’s unclear where Matiang’i derived these new figures.

Matiang’i also claimed that half a million young Kenyans had been “blacklisted by some of the lending agencies because they borrowed and cannot pay.” However, Matiang’i failed to specify whether these loans were taken out for gambling or for some other purpose.

Concerns over the potential social costs of gambling contributed to the government’s 2017 decision to impose a new uniform gambling tax of 35% that represented a nearly fivefold increase for betting operators. But that tax hike proved short-lived, replaced last September by a tax rate of 15% for operators coupled with a new 20% tax on punters’ winnings.

However, last month saw the Kenya Revenue Authority’s (KRA) commissioner-general announce plans for a raft of new tax hikes, including an additional 10% excise duty on betting operators’ revenue. The government is reportedly still mulling the merits of the KRA’s proposed tax grab.