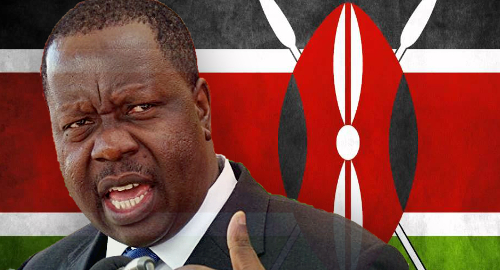 Kenyan gambling operators owe the government over a quarter of a billion dollars and these operators’ foreign execs risk deportation if they don’t pay up.

The Star quoted Matiang’i saying efforts by the Kenya Revenue Authority (KRA) to collect this unpaid sum “have not been fruitful because the key industry operators have found refuge in judicial processes where all manner of court orders are sought and issued.” Matiang’i doubled down on his threat to revoke the license of any operator that fails to demonstrate their tax compliance by July 1.

Earlier this month, the KRA reported that it was trying to collect a back-tax bill of Ksh14.9b from Kenya’s leading betting operator SportPesa. The KRA has accused SportPesa of failing to collect a 20% tax on gamblers’ winnings, while the company claims its hands are tied by legal challenges of the winnings tax filed by one of its customers.

Matiang’i also made a not-so-veiled threat against any foreign-born execs at gambling companies currently plying their trade in Kenya, which he estimated at “over 90%” of the sector. If these execs are found to be working in the gaming industry under permits that were originally issued for work in other fields, Matiang’i vowed he was “ready to sign their deportation papers today. We have to clean up the sector.”

Matiang’i noted that the industry employed roughly 5k locals, many of whom are overseen by foreign-born execs. (Italians reportedly lead the list, followed by Chinese and Bulgarians.) Yet Matiang’i claimed that “almost all” of the revenue generated by gambling operators “is transferred to foreign capitals, and very little is left in circulation here in Kenya.”

Matiang’i faulted the gaming industry for the debts incurred by their customers, citing Credit Reference Bureau (CRB) stats that showed over 500k Kenyans had been blacklisted for failing to repay loans taken out for gambling purposes. Matiang’i claimed that the average income of local gamblers was less than Ksh10k per month. According to a 2018 Ipsos survey, roughly half of Kenyan households earn less than Ksh10k per month.

There was one piece of positive news amid Monday’s threats. Kenya’s High Court has temporarily suspended the BCLB’s recent proposal to restrict gambling advertising, which included a ban on celebrity endorsements, that was to take effect on May 30.

Business Daily Africa quoted Justice James Makau saying the Court was responding to a complaint by little known gospel singer (!) Kamau Wanjohl aka MC Moreydoc that the new rules were interfering with his ability to make a living. The Court said it will consider the matter at an upcoming hearing.