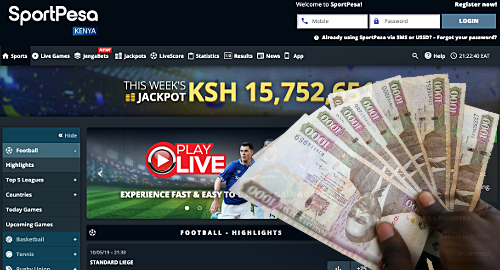 Last year, the Kenyan Revenue Authority (KRA) hit SportPesa with a bill for KSH10.3b (US$103m) to cover back taxes the government believes the company owes. The KRA claims the sum represents the 20% tax on gambling winnings that SportPesa was required to withhold from its customers over a two-year period.

This week, the KRA sent SportPesa’s parent company Pevans East Africa Ltd a revised bill for Ksh14.9b ($147.4m), which includes interest on the unpaid taxes as well as Ksh2b in penalties for failure to remit the required sum in a timely manner. The KRA has reportedly given SportPesa 14 days in which to comply or face further financial penalties.

Pevans East Africa claims its hands are tied by last month’s court ruling that refused to lift an order blocking SportPesa and other Kenyan-licensed gambling operators from collecting the withholding tax from their customers. The court is currently mulling a lone SportPesa customer’s challenge of the withholding tax, and SportPesa has said this challenge prevented the company from collecting tax from all its customers.

The government scrapped its 20% tax collection in 2016 due to difficulties in its implementation. But the government reinstituted the tax this year to make up the shortfall incurred after cutting the tax rate on gambling licensees’ revenue from 35% to 15%. The government recently declared that any gambling operator with outstanding tax obligations would have its license suspended effective July 1 if these obligations weren’t resolved.

Meanwhile, SportPesa CEO Ronald Karauri has found himself separately accused of evading taxes in Nairobi County. Karauri is a co-owner of Seven Star Media Ltd, a firm that Nairobi officials have accused of erecting outdoor advertising signage without paying the necessary levies. The company is reportedly in arrears to the tune of Ksh40m ($396k).

Kenya has one of Africa’s more advanced gaming sectors but the government has adopted an increasingly hostile stance towards the industry in recent years. This month, the Betting Control and Licensing Board announced tough new restrictions on its licensees’ ability to advertise their products and services.

The debate over Kenya’s gambling industry has turned its focus to the effects on local youth, as evidenced by a BBC report into how many Kenyan kids are missing out on an education because they’ve spent their school fees with local betting operators. The report also highlighted local youths’ ability to access land-based and online betting operators — including international firms such as Bet365 — which will only add weight to critics’ calls for further curbs on the industry.