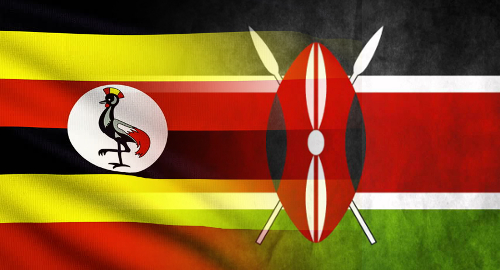 On Monday, Ugandan media outlet PML Daily reported that Uganda’s National Gaming Board (NGB) will require all gamblers to provide their national identity cards or passports to operators to demonstrate they are at least 25 years old.

The new rule, which takes effect March 1, will also require gamblers to register their mobile telephone numbers with operators before being permitted to gamble. This customer registration policy was previewed last year when the government announces plans for a central monitoring system to track local gamblers’ activity.

NGB CEO Edgar Agaba was quoted saying the regulator would also require customers to prove the source of their funds in a bid to combat money laundering. Operators that attempt to skirt these new rules will have their licenses revoked and their operations shut down.

Uganda’s government made waves in January when it announced it would issue no new gambling licenses and current licenses wouldn’t be renewed. The government later clarified that these edicts would only apply to ‘foreign’ operators, allegedly in a bid to ensure that more gambling revenue remained in the country.

KENYA PRESSES SPORTPESA FOR BACK TAXES
Across the border in Kenya, local betting operator SportPesa has been hit with a government demand for KSH10.3b (US$103m) in back taxes. Business Daily Africa reported that the tax bill stems from two years’ worth of unpaid withholding taxes on some KSH80b in SportPesa customers’ winnings, plus penalties and interest charges.

SportPesa says a 2014 Magistrate’s Court ruling restrained the company from withholding its customers’ winnings. That court order stemmed from a suit filed by a lone SportPesa customer who sought to prevent the deduction of any withholding taxes on his winnings.

As a result, SportPesa says it doesn’t have any withheld funds with which to pay the government. A filing by the company’s CEO Ronald Karauri says SportPesa is in the “unenviable position” of choosing whether to honor the government’s tax demand or disobey a court order, which could leave the company liable for a contempt charge.

In December, Justice Mary Kasango of the High Court of Kenya put a temporary restraining order on the KRA’s efforts to collect the tax pending a resolution of SportPesa’s efforts to quash the tax bill. SportPesa has expressed concern that the KRA could freeze its local bank accounts in a bid to ensure payment of the tax.

BETWAY IRKS KENYA’S COMPETITION WATCHDOG
Meanwhile, the Kenya-based unit of online betting operator Betway has been hit with a KSH15m ($150k) fine by the Competition Authority of Kenya (CAK) for failing to secure regulatory approval of a merger with a Maltese firm.

According to local media, the CAK recently discovered that Betway had in 2015 sold a majority stake in parent company Bluejay Ltd to Malta-based GM Gaming, which then proceeded to sell this stake to another firm, Rosehall Global. The CAK wasn’t made aware of either transaction, which it claims is a violation of Section 42(2) of the Competition Act.