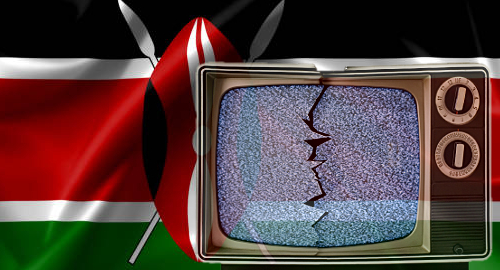 Kenya’s gambling operators are facing strict new limitations on their ability to promote their products, the latest move in the government’s ever-tightening grip on the sector.

On Thursday, Kenya’s Betting Control and Licensing Board (BCLB) issued a notice detailing its plans to drastically curtail its licensees’ ability to market their wares, whether on traditional broadcast outlets, billboards or social media. The new changes are set to take effect before this month is through.

BCLB acting director Liti Wambua revealed that gambling advertisements cannot appear on television between 6am and 10pm. Outdoor advertising will be completely prohibited, although it went unspecified how betting shop signage fit into this definition of ‘outdoor’. Operators will also be prevented from promoting via social media platforms or employing celebrities to sing their praises.

Be it broadcast or print, all gambling ads will be required to dedicate at least one-third of the total ad space – using the same size type – to messages regarding the potential downsides of gambling, “including its addictiveness.” All advertising will have to be submitted in advance to the BCLB to ensure it complies with the new restrictions.

Wambua claimed that “gaming is a demerit good,” whatever that is, which justified these draconian measures. Wambua added that the regulator “has a duty to protect its customers, members of the public, the young and vulnerable” from addiction “as well as some disorder.” Again, whatever that is.

Kenya is far from the only market that is currently rethinking its policies on gambling advertising and the local media watchdog had suggested last August that changes were in the works. But Kenya’s government has also been taking a far tougher stance towards the sector on numerous other fronts in recent months.

After first dramatically hiking and then cutting operators’ taxes in less than nine months, the Kenya Revenue Authority announced in March that it wanted to hike betting operators’ taxes by another 10%. Kenya then hit local operator SportPesa with a $103m back-tax bill and declared that operators whose taxes weren’t paid in full would have their licenses revoked on July 1.

Kenya is also making life difficult for local bettors, reviving a discontinued 20% tax on gambling winnings, only to have a court press ‘pause’ on the plan while it considers an individual gambler’s appeal.