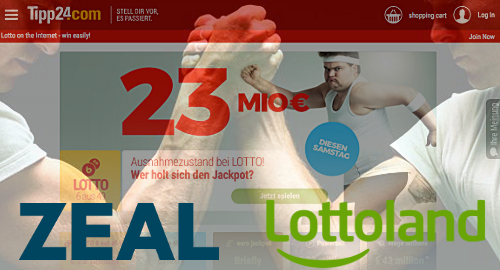 On Friday, Lottoland Holdings made an all-cash offer of between €60m-€76m for ZEAL’s German-facing ‘secondary lottery’ unit Tipp24.com, which provides the bulk of ZEAL’s overall revenue. Lottoland also seeks Tipp24’s customer base, intellectual property and infrastructure assets, as well as the UK Tipp24 Services Ltd subsidiary.

Zeal published a statement Friday rejecting Lottoland’s offer on the grounds that the offer “would strip ZEAL of its most valuable asset and the basis for future brokerage growth in Germany, while leaving ZEAL and its shareholders with considerable downside risks.” ZEAL CEO Helmut Becker claimed Lottoland was attempting to buy Tipp24 “on the cheap.”

Earlier this week, Lottoland signaled its intention to bid for “certain assets” of ZEAL, while simultaneously urging ZEAL shareholders to reject ZEAL’s proposal to reacquire lottery brokerage Lotto24, a former subsidiary that was spun off into a standalone business in 2012.

Germany is among the many countries looking to crack down on lottery betting operators, based on claims of cannibalization by state-run lottery operations. ZEAL had decided this German uncertainty was too great and planned to transition its Tipp24 lottery betting business into a legal lottery vendor.

Lottoland said Friday that a divestment of ZEAL’s lottery betting business would reduce ZEAL’s “operational, tax and regulatory risks.” Lottoland further claimed that ZEAL shareholders would no longer be exposed to “the volatility created by big wins” and a possible German “outright ban on lotto betting,” as has transpired in other markets.

Lottoland, which holds a 4% stake in ZEAL, urged ZEAL to postpone its scheduled January 19 shareholder meeting – which was to feature a vote on the Lotto24 acquisition – so that shareholders could consider Lottoland’s proposal.

ZEAL issued a statement Thursday saying that the meeting would go ahead as planned, as a delay in the vote would require the company to terminate its Lotto24 bid for 12 months under German takeover laws. Becker previously claimed that Lottoland’s true motivation was to “interfere with the planned takeover of Lotto24 and spread uncertainty.”