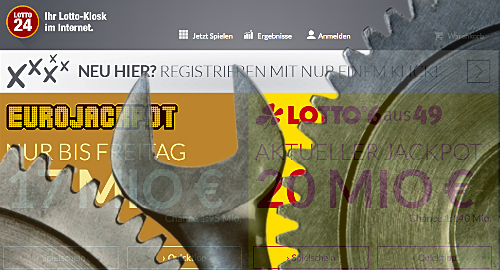 In November, the London-based ZEAL announced an all-share voluntary takeover offer for Lotto24, a former ZEAL subsidiary that was spun-off from the mothership in 2012. Assuming Lotto24 shareholders went for it, ZEAL envisioned sealing the deal in the first half of 2019.

On Monday night, Lottoland CEO Nigel Birrell issued a public letter to ZEAL’s CEO Helmut Becker, arguing that ZEAL’s bid to reacquire Lotto24 “makes no strategic or economic sense.” As an alternative, Birrell said Lottoland planned to “make an offer for the purchase of certain assets” of ZEAL, promising to publish full details of this offer by the end of the month.

Birrell, who identified himself as a ZEAL shareholder, laid out a nine-point argument detailing his objections, including his belief that Lotto24 is wildly overvalued. Birrell also challenged whether the Lotto24 takeover was intended to benefit “certain shareholders” at the expense of ZEAL’s rank-and-file shareholders.

On Tuesday, ZEAL hit back at Birrell, issuing a statement accusing Birrell of seeking to “interfere with the planned takeover of Lotto24 and spread uncertainty.” Noting Lottoland’s status as “a direct competitor,” ZEAL urged shareholders to “treat their comments with due skepticism.” ZEAL also urged shareholders to check out the full details of its Lotto24 takeover bid — which the company has posted online here — and judge the merits of the deal for themselves.

ZEAL’s Becker defended his company’s proposed acquisition of Lotto24, adding that “strong opposition from a competing secondary lottery operator is clear and compelling evidence that our transaction is the best way forward for our company and our shareholders.”