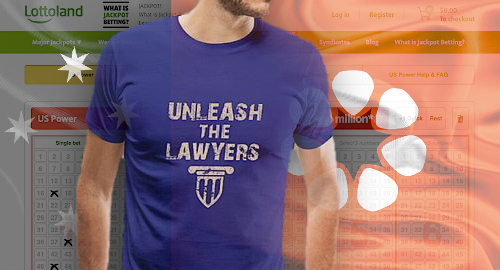 Online lottery betting operator Lottoland is once again fighting for its right to operate in Australia, this time against its own gambling licensing body.

On Tuesday, the Australian Broadcasting Corporation (ABC) reported that Lottoland was seeking an injunction against the government of Australia’s Northern Territory and its Minister for Racing over as-yet undisclosed changes to the NT’s Racing and Betting Act 1983.

Like most Australian online betting operators, Lottoland holds a license issued by the Northern Territory Racing Commission (NTRC). The NTRC reportedly informed Lottoland last December of proposed changes to Section 92 of the Act, which, among other things, allows the NTRC to “vary the licence of a sports bookmaker or the conditions to which it is subject or impose additional conditions on the licence.’

Neither Lottoland nor the NT government have publicly revealed precisely what changes the NTRC has proposed. ABC reported that government lawyers told the Supreme Court NT that the changes were in the public interest, but the government declined to clarify what that meant.

ABC understood that the changes would prevent betting licensees from taking wagers on the outcome of international events. On the surface, this would seem to prohibit all bookmakers from wagering on non-Australian sports, a limitation that would understandably have all NT-licensed bookmakers up in arms.

But ABC quoted Lottoland’s attorney telling the count that the proposed changes, “though applied to all bookmakers in the NT, would only negatively affect Lottoland.” The attorney added that the changes would “destroy our business model here and seriously disrupt the plaintiff’s relationship with customers.”

The Court will reportedly issue a ruling on the injunction this week, while a hearing on Lottoland’s objections to the changes is set for November. The NT government originally hoped to revise the Act by the end of October, but that ship appears to have sailed.

Outside Australia, Lottoland’s business model involves offering wagers on the outcome of lotteries, rather than customers directly buying a ticket for a specific lottery. Much of Lottoland’s appeal is allowing customers to indirectly participate in some of the world’s biggest lottery jackpot pools, including America’s Powerball and Europe’s EuroMillions.

This feature has occasionally gotten Lottoland into hot water with traditional lottery resellers that may be prohibited from offering customers these international products. Traditional lottery operators have accused Lottoland of siphoning off revenue the lotteries contribute to social causes, a claim lottery betting operators reject.

Lottoland has had a particularly rough ride in Australia, which formally banned ‘synthetic’ lotteries in January 2019. Lottoland responded with a ‘jackpot betting’ product that immediately drew the ire of local regulators. The company has also been taken to court by customers who erroneously believed they’d won Powerball jackpots.