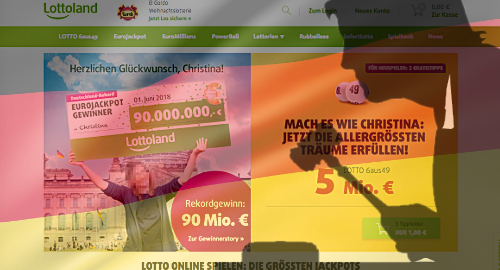 [The original version of this article identified Lottoland as the lottery betting operator involved in the case, based on a German media report. That report has since been amended to remove any mention of Lottoland, and we have done likewise.]

An unidentified online lottery betting operator has been dealt a setback in Germany after a court ruled that the company had no legal right to operate in the country.

On Friday, German media reported that a district court in the state of Rhineland-Palatinate had ruled that the Gibraltar-licensed defendant had no local permission “to organize or mediate games of chance” in Germany.

The case was brought by state lottery operator Lotto Rhineland-Pfalz, who sought not only to prevent the Gibraltar site from operating in Germany, but also compel it to reveal how much money it had made from German customers and to pay an appropriate financial penalty.

The Gibraltar operator attempted to defend its right to operate by pointing to recent court rulings that found Germany’s lottery monopolies had contravened European Union rules by heavily promoting their wares. The EU permits state monopolies to exist if their primary aim is to minimize local gambling activity, and excessive marketing that urges punters to play tends to undercut that rationale.

But the Koblenz court said this defense was irrelevant because the Gibraltar firm isn’t a lottery operator and lacks a local license. In addition to ordering the Gibraltar site to open its books in order to determine the appopriate fine, the court also ordered it to immediately cease all local marketing. The operator has reportedly announced its intention to appeal the ruling.

This summer, Lotto Rhineland-Pfalz revealed that its 2017 sales had fallen nearly 7% from the previous year, which board chairman Stephan Weinberg claimed was at least partly the fault of lottery betting sites like Lottoland, Lottohelden or Tipp24, who reside “in tax havens and do not pay a cent of taxes or duties for the common good.”

Lottoland has attempted to secure licenses in several German states but the German lottery and pool betting operator association Deutsche Lotto and Totoblock (DLTB) – leadership of which will be assumed by Lotto Rhineland-Pfalz next January – recently urged the heads of Germany’s 16 states not to amend the federal gambling treaty to allow alleged “product pirates” like Lottoland from acquiring a local seal of approval.

Earlier this year, Lottoland made headlines around the world after a German customer won the world’s largest online gambling payout (€90m) by betting on the outcome of a EuroMillions draw. This media attention is hardly likely to have endeared Lottoland to its German state-run competitors.

Last month, Lottoland offered German state lotteries a compromise: allow lottery betting sites to offer German punters the ability to wager on the outcome of international lotteries (like last week’s $1.5b+ MegaMillions jackpot in the US), and these same operators would kick back all revenue generated by bets on German-based lotteries (minus a small commission). The state lotteries have yet to respond to this offer.