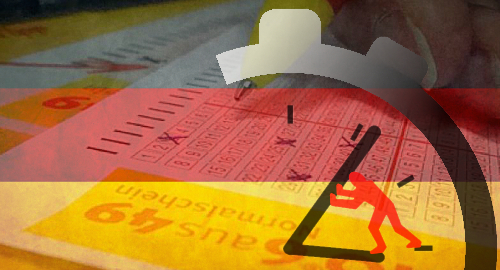 On Monday, Dietmar Hoscher, vice-chairman of the European Casino Association (ECA), gave a speech in Malta in which he urged European legislators, regulators and gaming industry stakeholders to “join forces and stop the provision of illegal online gambling.”

Hoscher, who also serves as a director of Casinos Austria, urged attendees at the 12th Conference of the European Association of the Study of Gambling to press their governments to ramp up “blacklists, IP-blocking and payment-blocking” of online gambling sites operated by (presumably) someone other than Casinos Austria or any other ECA member.

Around the same time that Hoscher was ordering online gambling operators off his lawn, Torsten Meinberg, managing director of the German lottery and pool betting operator association Deutsche Lotto and Totoblock (DLTB), was urging the heads of Germany’s 16 states not to proceed with plans to amend the State Treaty on Gambling to permit online licensing of international competitors.

The states are scheduled to address the gambling issue yet again at their next federal ministerial conference at the end of October. On Monday, DLTB execs teamed up with the German Red Cross to plead for carbon freezing of the current legal situation, which would suit them just fine but which has led to repeated scolding in domestic and European Union courts.

Meinberg emphasized his unwillingness to change by rubbishing Denmark’s online gambling liberaliztion, which has been widely hailed as a model for other markets looking to transition from a monopoly-based system to a more free-market regime. Meinberg also singled out lottery betting operators like Lottoland as the type of ‘product pirates’ the DLTB doesn’t want to see drinking its milkshake.

Moreover, a recent court case in which a Munich resident successfully used the current illegality of online casino gambling to avoid paying his credit card debts may force the states’ hands in taking the treaty issue a little more seriously this time around, regardless of the desires of yesterday’s men.