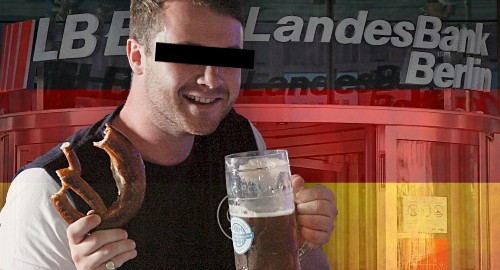 An enterprising online gambler in Germany has used the local illegality of online casinos to get out of paying his VISA bill.

According to a report on German legal advisory platform Anwalt, the District Court of Munich recently dismissed a claim brought by Landesbank Berlin AG against a gambler who refused to pay the charges he’d made with his VISA card playing with an unspecified internationally licensed online casino.

Since the customer in this case didn’t deny making the charges, under normal circumstances the bank would be well within its rights in launching legal action to compel the deadbeat to pay his tab. But the gambler argued that the bank had no right to collect due to online casino gambling being strictly verboten in Germany.

According to Bundesgerichtshof (BGH, or Federal Court of Justice) case law, banks agree to fulfill the obligations of cardholders to merchants but have no special checking and control obligations due to the transaction fulfilling the cash-reserve function.

But in this case, the court ruled that, since the transaction in question utilized the gambling-specific 7995 Merchant Category Code (MCC), the bank had an obligation to decline the transaction as an illegal activity. The court also noted that the bank applied specific fees for processing “lottery, betting and casino sales,” meaning they couldn’t play ignorant of their law-breaking ways.

German banks have come under closer scrutiny in recent years over their dealings with unauthorized gambling sites. Last November, the release of the so-called Paradise Papers revealed that a number of the country’s major financial institutions were getting fat off facilitating transactions with international gambling operators.

While the unnamed gambler who played the bank for a fool is likely laughing now, he won’t be laughing for long should German authorities decide to prosecute him for “participation in unlawful gaming.” In 2015, a Munich court convicted a blackjack fan who’d won big with a Gibraltar-based online casino but was ultimately forced to forfeit over €63k in winnings and pay a €2,100 fine.

Germany’s fumbling efforts to update its online gambling laws have been the laughing stock of Europe for virtually the entire decade. Last Octboer, a federal court upheld the country’s online casino ban, but the process of licensing online sports betting operators has been routinely slapped down by both local and European Union courts, and Germany’s individual states appear incapable of agreeing on the right way forward.