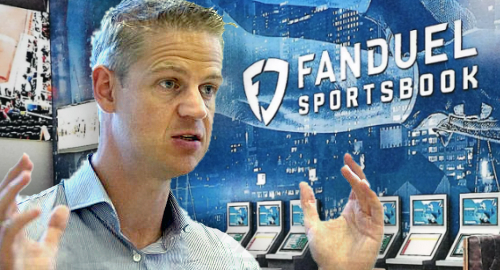 The founder of daily fantasy sports giant FanDuel is suing his former company’s board of directors for failing to realize that the not-sports-betting company was in the sports betting business.

On Tuesday, tech media site Recode broke the news that FanDuel co-founder Nigel Eccles (pictured) had filed a lawsuit in Scottish civil court claiming that he, his wife Lesley and two other co-founders were owed up to $120m as a result of the company’s acquisition in May by UK-listed gaming operator Paddy Power Betfair.

In July, word leaked that Eccles and the other co-founders had received bupkis via the $465m deal for FanDuel, based on contractual arrangements that ensured the company’s preferential shareholders got paid first. The deal’s valuation failed to clear the $558m benchmark under which ordinary shareholders – including the four co-founders – would collect a share of the bounty.

The gist of the legal complaint is that the deal was negotiated prior to the US Supreme Court striking down the federal betting prohibition, and FanDuel’s valuation wasn’t recalculated following the ruling, despite its newfound appeal as an easy way for international betting firms to establish a US beachhead.

Eccles is asking the court to compel FanDuel’s preferred shareholders – including private equity groups Shamrock Capital and KKR – to reappraise the company and purchase the co-founders’ shares “at market value.”

Eccles’ lawsuit positively drips irony, given that both FanDuel and DFS rival DraftKings spent years beating back any attempts by US authorities to link their business with real-money sports betting, even as these companies were acquiring gambling licenses in the UK. But now that betting is A-OK in the USA, Eccles wants to drink deep from this formerly poisoned well.

Eccles formally departed his executive role at FanDuel last November, emerging in January as the co-founder of Flick, a new eSports ‘social streaming platform.’ The new FanDuel Group has gone on to ink sportsbook deals in a number of US states, and is already taking wagers in New Jersey.