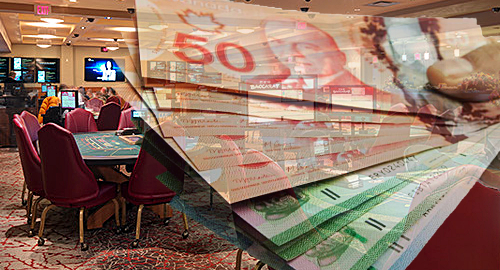 Casinos in the Canadian province of British Columbia are facing mounting public pressure to ban high-limit table games following a spate of money laundering scandals, according to new poll results.

This week, Global News reported on the results of a Research Co. survey of 800 BC voters that found 76% support for a public inquiry into the parade of money laundering allegations at brick-and-mortar casinos licensed by the British Columbia Lottery Corporation (BCLC).

Last September, BC’s new NDP government revealed the existence of a report that was buried by the previous Liberal administration detailing Chinese VIPs using BC casinos, in particular the River Rock Casino Resort in Richmond, to launder money of dubious origin.

A steady drip of negative headlines followed this report, including a significant number of housewives and students making millions of dollars in cash buy-ins at local casinos despite no obvious source of income, and the Liberals shutting down a gaming investigative body when it started asking too many questions.

While the scandals resulted in new anti-money laundering rules that put a serious crimp in VIP gambling activity, the new poll indicates 68% support for banning gaming table wagers over C$10k (US$7,500). In March, the BC government concluded that capping table game wagers at C$10k would cost the government an annual C$88m in lost revenue.

Last year, BC tasked former senior cop Peter German with reviewing the province’s gaming industry and making recommendations. BC’s Attorney General David Eby is currently reviewing these recommendations and the report will reportedly be made public within weeks.

In less controversial news, BCLC has signed a new multi-year contract with Scientific Games’ SG Digital division for an expanded sportsbook product. BCLC’s PlayNow.com gambling site has utilized SG Digital’s OpenBet technology since its launch in 2010, and the new deal includes a full upgrade of BCLC’s digital sports betting solutions by the end of this year.