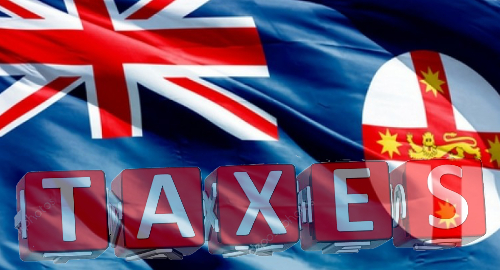 On Tuesday, The Australian reported that NSW — Australia’s most populous state — will introduce a 10% tax on all online betting revenue derived from NSW punters. The tax, which won’t apply on the first A$1m of revenue, will be formally unveiled during next week’s state budget and will take effect on January 1, 2019.

The announcement will actually come as something of a relief for online bookmakers, given that as recently as March the NSW government was talking about either a 15% POCT or a 2% tax on betting turnover.

Already this month, a 15% POCT was introduced in both Queensland and the Australian Capital Territory (ACT), matching rates previously imposed in South Australia and Western Australia. The state of Victoria opted to cut bookies a break last month by imposing a less severe 8% POCT.

NSW Treasurer Dominic Perrottet claimed the decision to opt for a 10% rate is a fairer approach, given that bookmakers already pay GST, payroll tax, plus product and race field fees. Nonetheless, Perrottet said NSW would review the situation in 18 months and also keep an eye on how the other POCT states are faring.

A good chunk of the estimated annual A$100m that will be raised via the NSW POCT will be redirected towards – who else – the state’s racing industry. Perrottet claimed the government had taken step to ensure racing receives “fair compensation and that existing parity arrangements are unchanged.”

Australia’s federal government has publicly mulled harmonizing the nation’s online gambling taxes by imposing a national POCT, although the feds appear content to let the states have their way for the time being.

Queensland’s new tax kicks in October 1 and Davy stockbrokers issued a note this morning — prior to the NSW news — estimating that the Queensland tax alone would likely trim 1.4% from the earnings of Paddy Power Betfair, which operates the Sportsbet brand in Australia. Paddy Power Betfair announced last month that it would spend an additional £10m ensuring Sportsbet could compete in the increasingly cutthroat Aussie market.