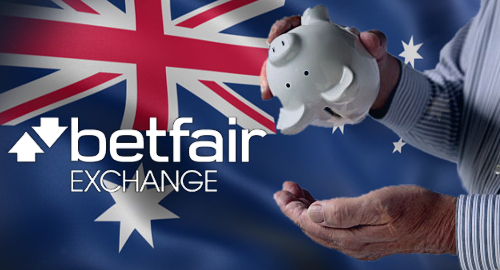 Betfair Australasia is warning Australian state governments that their plans to impose online betting point of consumption taxes (POCT) are going to blow up in their faces.

On Friday, the Brisbane Times disclosed the existence of a report prepared by the Betfair Australasia betting exchange urging the state governments in South Australia and Western Australia to rethink their decision to impose a 15% tax on all online wagers placed by their states’ residents.

Betfair Australasia, which is owned by casino operator Crown Resorts and licensed in the Northern Territory, warned the states that the tax hikes would force it to hike its own commission fees, which will cause “leakage” of its customers to internationally licensed online gambling sites that aren’t subject to the states’ tax grab.

Betfair CEO Tim Moore-Barton claimed to have endured numerous instances of high-volume bettors who shifted their action off his site in response to previous fee increases and in search of better value for their wagering dollar.

Moore-Barton further claimed that this leakage will not only reduce his company’s revenue – which will in turn reduce both the states’ tax take and contributions to racing bodies – but will also create an integrity “black hole” through the inability of state gaming regulators to monitor real-time betting data for suspicious patterns.

As ever, the Philippine-licensed CITIbet betting exchange was singled out in the report as the most likely beneficiary of customers forced off Betfair by fee hikes. CITIbet is often cited as the bête noire of Australian betting operators and racing stakeholders.

Other NT-licensed Australian online wagering sites will also struggle under the weight of the new taxes, possibly leading to a wave of down under consolidation. William Hill recently put its Australian operations under review, citing the POCT as well as new restrictions on both online in-play and credit betting.

Betfair Australasia’s future is marked by other uncertainties, including how long its owner Crown intends to keep it in the fold. In December, Crown announced it was selling its 62% stake in the CrownBet online betting site, part of Crown’s ongoing effort to reduce the scope of its operations to just its domestic resorts.

The CrownBet sale reduced Crown’s digital division to just Betfair and a Texas-based social gaming operation, neither of which seems to qualify as a land-based casino.